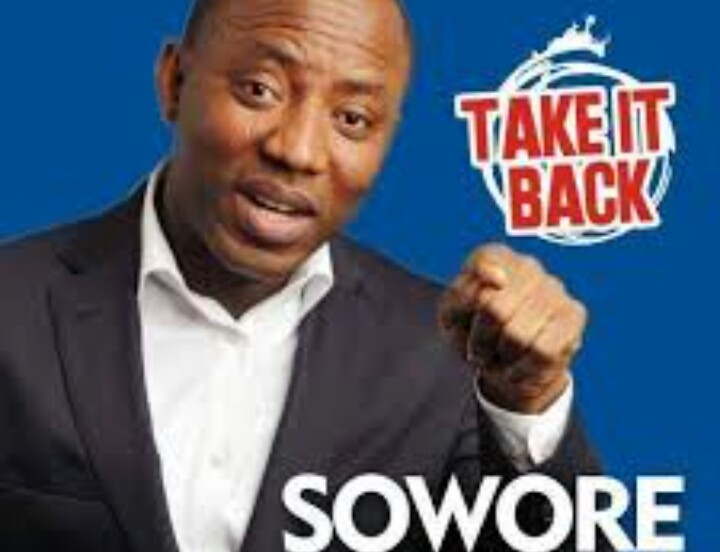 The National Association of Nigerian Students (NANS), has accused the proponent of a mass movement under #RevolutionNow, Mr Omoyele Sowore of using his connection in the media to destroy the image of the students’ association.

NANS made this known in a statement issued on Tuesday by its Public Relations Officer, Southwest (Zone D), Mr Olatunji Nurudeen and made available to newsmen.

Nurudeen said it was unprofessional for Sowore, who had no stake in NANS or contested the presidential election to allegedly align with opposition figures to destroy the body.

He said that the organisation alleged Sowore of deploying his online medium, Saharareporters, to malign the new President of NANS, Sunday Asefon over his open declaration that students under him would not’ join the #revolutionnow activism being spearheaded by Sowore.

“It is very saddening for Sowore and his primitive partners in Shahara reporters to be working assiduously to destabilise NANS having lured members of our association to join his ‘Revolution now campaign’ with total rejection from Nigerian Students who know he is being sponsored by individuals who do not want Nigeria to be peaceful.

“Sowore’s plan to split NANS by receiving and publicicing fake news from illegitimate sources to create dissention amongst students, most especially South West Students is dead on its arrival.

“The modus operandi of Sahara reporters towards receiving news and eventual publication shows how unskilled and inexperienced the medium has been in the handling of NANS issues” .

The NANS leader stated that it was disturbing that immediately after the just concluded National convention of NANS in Abuja, without adequate findings, that Sowore’s medium had congratulated another candidate even before official announcement of the actual winner of the poll.

“This has further exposed his cruel antics and juvenile partakers. When Com. Asefon Sunday, the brand new Revolutionary NANS President was declared winner by the convention chairman, this same Sahara reporters rushed to the air and started spreading fake information about him.

“Sowore and his co-conspirators are spreading the falsehood and propaganda against NANS because the association has clearly stated that they would not be hoodwinked by Sowore to join his failed #revolutionnow political movement.

“Nigerian Students would resist his divisive plans. Shockingly, Sowore has tried all possible means by himself and through proxies to get the new NANS leadership at all levels to join his Revolution now movement but to no avail.

“Hence, his decision to continuously promoting impersonators of the zonal officers especially in the South/West through some unscrupulous individuals .

“Summarily, Nigerian Students want to warn Sowore to abstain from parading impersonators or regret his action, because NANS will continue to resist him through every legitimate means at its disposal”.