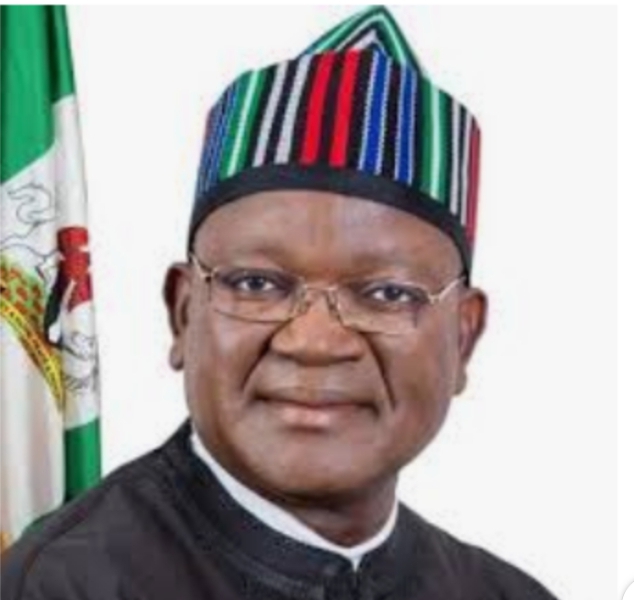 The Benue Proactive Coalition For Good Governance (BPCGG) has taken a swipe at Governor Samuel Ortom for his constant fixation on President Muhammadu Buhari saying it is a ploy to cover up the many failures of his administration.

Addressing a press conference in Abuja on Saturday, Executive Director of the group, Comrade Timothy Tor urged Gov Ortom to be worried about the legacy he would live behind for the people of Benue.

“It is unfortunate that having lost the good will of his people, Ortom would turn himself into a bug of the presidency, using his failure to provide leadership as an escape window”.

The group insisted that the security challenges created in Benue were instigated by the governors lack of direction, recalling how he empowered the most dreaded militia Terwase Akwaza AKA Gana with the most lucrative government revenue consultancy.

“What other gaffe could be more glaring and embarrassing than for a sitting governor to hobnob with such a man who has killed thousands of his people? But Gov Ortom did”, the group queried.

The group asked him to explain why his colleagues in neighbouring states such as Kogi, Nassarawa are delivering good governance in the midst of herdsmen/farmers clashes.

“If Governor Zulum who is facing the greatest security challenges in Borno State could awe Nigerians with such positive achievements, Ortom should humble himself to take a crash course in good governance. Dropping President Buharis name to curry long lost good will can not cure Ortom of his increasingly manifesting deficiencies”, the group maintained.

It further said it has taken the liberty to summarise Gov Ortom administration failures in the following posers:

“Where there no herdsmen/farmers clashes before Ortom became governor in Benue?

“Would Gov Ortom be able to govern the state if the federal government withdraws her security agencies in the state?

“Was it President Buhari who asked Ortom to award the largest revenue consultancy to the most dreaded militia, the late Terwase Akwaza AKA GANA?

“Was it President Buhari who sent the Tiv Militia that confessed to have butchered their fellow Tiv kinsmen only recently?

“Why did Gov Ortom not make a media outing on those confessions made by fellow Tiv militia?

“Can Governor Ortom account for the monthly security votes other than it’s diversion on media propaganda?

“Can Ortom name one single project his administration has started and completed within the last six years?

“Is President Buhari responsible for the failure of Gov Ortom to pay salaries and pensions? How does herdsmen affect payment of salaries remains a puzzle only Ortom can unravel.

“Can Gov Ortom say President Buhari is the reason the road to his home town is not motorable?

“Until Governor Ortom is able to address above deficiencies, he will continue to deal with the declining goodwill of Benue people no matter how much he drops President Buharis name,” the group asserted.

It maintained that the role of chief security officer of a state is beyond superintendenting over the misappropriation of public funds and urge Governor Ortom to bother on what to tell Benue people when they finally call him to render account of his misgovernance.