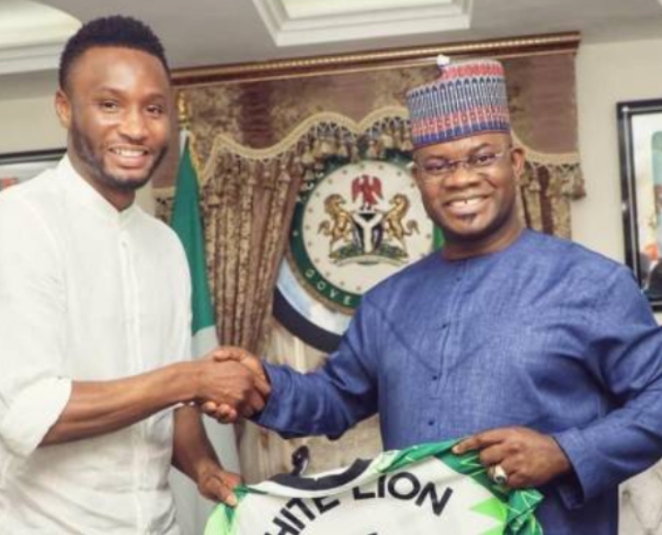 nO Sunday, Obi paid a courtesy visit to the governor in Abuja during which he commended him for his achievements in the areas of security, healthcare, infrastructure, education and agriculture.

He was quoted as saying, “It is an honour for me to finally meet his Excellency personally after all the good things I have heard and read about him from not just the people of Kogi State but from Nigerians.

“My main aim is to come here to show my appreciation and to thank him for all the things he has been doing for the people and also to support him in whatever future political positions he wants to go into.

“I will like to be there to support him, to be there by his side through this journey for him to achieve whatever he wants which is for the betterment of Nigeria.”

Obi said he was hopeful that Bello and himself could work together as a team to achieve success.

But in a post via his Twitter handle on Monday, Sowore called out the former Super Eagles midfielder, describing him as a sycophant.

He wrote, “@mikel_john_obi As ur career in football flames out, another one starts in sycophancy + ass licking! At least for sycophancy, you don’t need any rigorous practice! Enjoy it while it lasts with

@OfficialGYBKogi the most irresponsible and incompetent Nigerian governor below 50.”

Bello is notorious for hampering freedom of speech and expression within his state.

Irate mob flogged the two youths, filmed them and brutalised them before they were later handed over to the police.

It was gathered that the police thereafter quizzed the two protesters and detained them when they insisted on seeing their lawyer before making a statement. They were also secretly arraigned in court, without having access to their lawyers.

The police, in their desperation to harass the peaceful protesters, also ensured that they were remanded at the Kabba Prison – without the knowledge of their lawyers or family members.

SaharaReporters learnt that neither the charges on which they were arraigned were made to the public or the identity of the Magistrate handling the trial.

SaharaReporters had earlier reported that the police in Kogi State refused to produce the two Buhari-Must-Go protesters who were mobbed by hoodlums sponsored by the state government and thereafter taken to the police command.

It had been reported that the lawyers of the protesters had not been able to set eyes on them, as the police who claimed to be in custody of the two men, refused to bring them to their lawyers.

“The lawyers have been there for two days now and the police haven’t produced them. The police commissioner in Kogi could not produce anti-Buhari protesters he claimed were in his custody after two days.

“We are hearing they were never returned to police custody after the police handed them over to thugs,” a source in Lokoja had told this newspaper.

“They arranged for a Magistrate to secretly try the two guys without legal representation.

“They are reportedly in Kabba prison. The police have refused to release the charges to the public and all efforts by lawyers to get the charges have not been fruitful,” a human rights activist following the case revealed to SaharaReporters