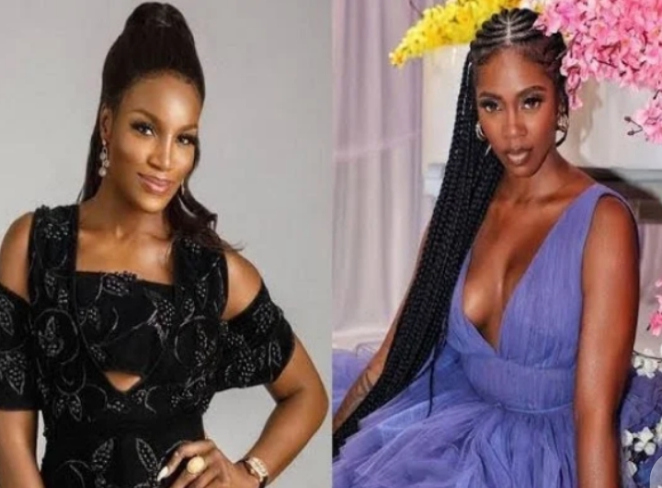 Few days after the two songstress werecaught up in a battle of words and intense mudslinging, Seyi Shay has shared a video of her dancing to Tiwa Savage’s ‘Koroba.

The viral video was shared via the insta story of the “Irawo” crooner as she was seen in the company of friends at a beach in swimsuit with Tiwa’s “Koroba” playing loudly in the background and Seyi Shay dancing to her hearts content while she mimed along with the song.

Seyi Shay video has opened up the vocal pipes and awakened social media users desire to comment as her action has caught their attention.

Some have opined the “Right Now” proponent has moved on pass whatever beef or feud she may have had with Mummy Jam Jam to dance to her song and even went ahead to post it on her insta story.

Then again, some others have said the singer is trying to do some damage control after having messed up adding that she should just apologise to Tiwa.

While a certain fraction have slammed her saying she didn’t have to put up her skinny body on display just because she wants to catch ‘cruise’ noting her act is not mind deep but all pretense and a means to covert empathy from people.