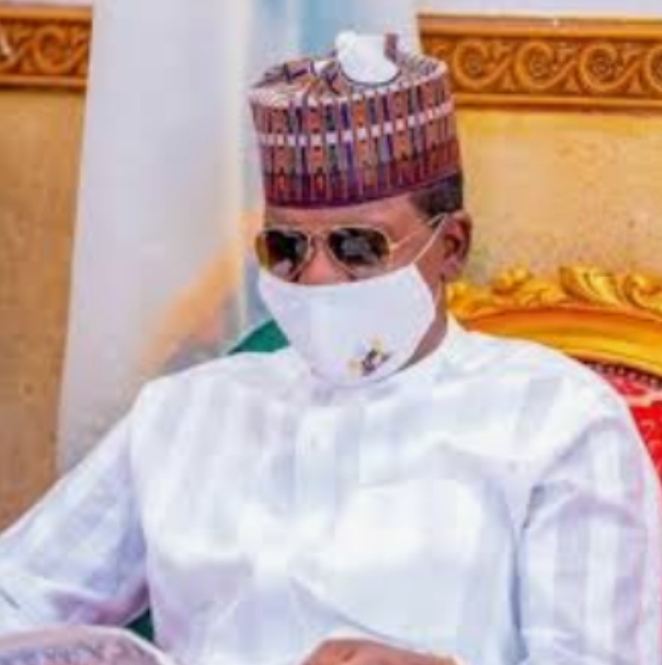 President Muhammadu Buhari has met behind closed doors with Gov. Bello Matawalle of Zamfara in the Presidential Villa, Abuja.

Speaking to State House correspondents at the end of the meeting, the governor, who visited the villa along with Gov. Sani Bello of Niger, said he updated the president on socio-economic and security developments in Zamfara.

“We discussed about the security, not just in my state, but the Northern region, because of the current escalation of insecurity.

“The President has assured us that action will be taken about what we have discussed – the issue of insecurity,’’ he said.

According to him, with the new security roadmap adopted by the Federal Government and States in the North West, peace and confidence seem to be gradually finding their way back to the affected states.

The governor assured farmers that they would be able to safely cultivate their farms this raining season as security would continue to improve.

Matawalle revealed that Zamfara had been enjoying relative peace in the last four days following the adoption of new security measures by security agencies operating in the state.

According to him, security agents are working to ensure the situation does not escalate any further.

“For now, for the past four days no incidence has been recorded by the security, but yet we are doing our best and the security agencies are also doing their best to make sure that they tackle all the challenges.

“I assure you that we are on top of the matter and the President has assured all of us that he’s going to take more measures on the issue of insecurity in the northern part of the country.

“In the past four months we didn’t have much of this crisis, but it’s gradually coming back, but the security are doing their best now, particularly from the new security architecture that we have adopted now, we are having some improvements on the challenges.

“With action and the roadmap that we have drawn, between the government and the security, we are doing our best to make sure that farmers will go back to their farms and they will be able to farm, In-shaa Allah (by God’s grace).

“We will do our best to make sure that all farmers will go back to their farms,’’ he said.

According to reports eports Gov. Atiku Bagudu of Kebbi had earlier briefed the president on latest development on the abducted staff and students of Federal Government College, Birnin Yauri.

He said: “I explained to him that the security agencies have mobilised and are doing a great job, assisted by the military, the Air Force, the Police, civil defence, vigilante and community leaders.

“They are still at it and they’re doing a great job, but we need more support by all Nigerians and in fact all to ensure that we give them our maximum cooperation to finish what they have started.

“The President has, as always, expressed sympathy to those innocent persons who are held hostage against their will by terror elements and he condemned the action of all terror groups, wherever they are, whether they are bandits, Boko Haram, or any group that is taking away the liberty and freedoms and, in fact, lives and livelihoods of others.

“He maintained the instruction he has always given to the security agencies to give their maximum best in dealing with those criminal elements.”