Rivers State: I left because of Ben Ayade, now, I am back to PDP-Donald Duke 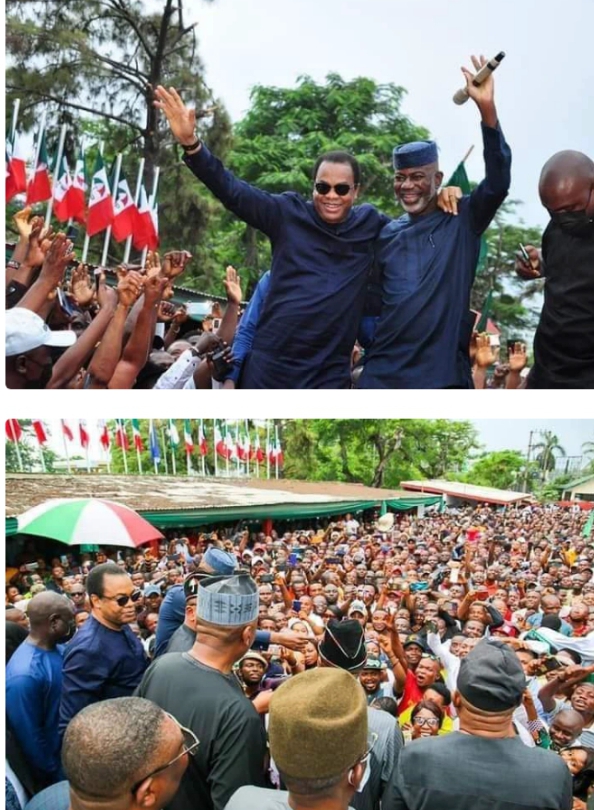 The Former Governor of Cross River State, Mr Donald Duke said he is back to the People’s Democratic Party few years after he went of a self imposed exile due to his relationship with the current state Governor, Senator Ben Ayade.

The Former Governor who ran for the office of the President, Federal Republic of Nigeria in the last general elections says, the People’s Democratic Party remains his most formidable home since joining mainstream politics in the 1990s.

“It feels like coming back home to where I amloved respected and appreciated.

The People’s Democratic Party is the only party in the whole of Nigeria that is all embracing, no religious or ethnicalsegregation unlike some other party that was designed for the South, West or North.

“While I was away, I worked for the People’s Democratic Party and the love my supporters showed me, helped this present state government to win elections”.

Answering questions on why he is no longer seen as often as he used to in Calabar, Mr Donald Duke said, ” I ran from calabar because of governor Ben Ayade and his style of leadership, he brought a new and different approach from what we are used to as a state,the elder state men have no place tocontribute their quota to the Development of our beloved state .

He runs the Government between himself and his family. They have taken over our state and our resources, no good roads, nothing is working, calabar is dirty, the town lacks security, what about all the investors he claim to have signed various memorandum ofunderstanding with?.

Six years down the line, there’s no evidence of any leadership in our state.

I left office with visible projects, I built Tinapa, a multi billion naira project, I developed Obudu resort, Calabar was the cleanest city in the whole of Nigeria, the Tourism here was too notch, but today everywhere is messed up.

My friend Liyel Imoke opened up the rural areas, today rural farmers are becoming richer than government workers because they can take their crops to the road side and fine buyers.

For Governor Ayade, all his projects are on bill boards, internet and social medla, no operations on ground but if he wishes to listen to the voice of elders, he can still do well”.