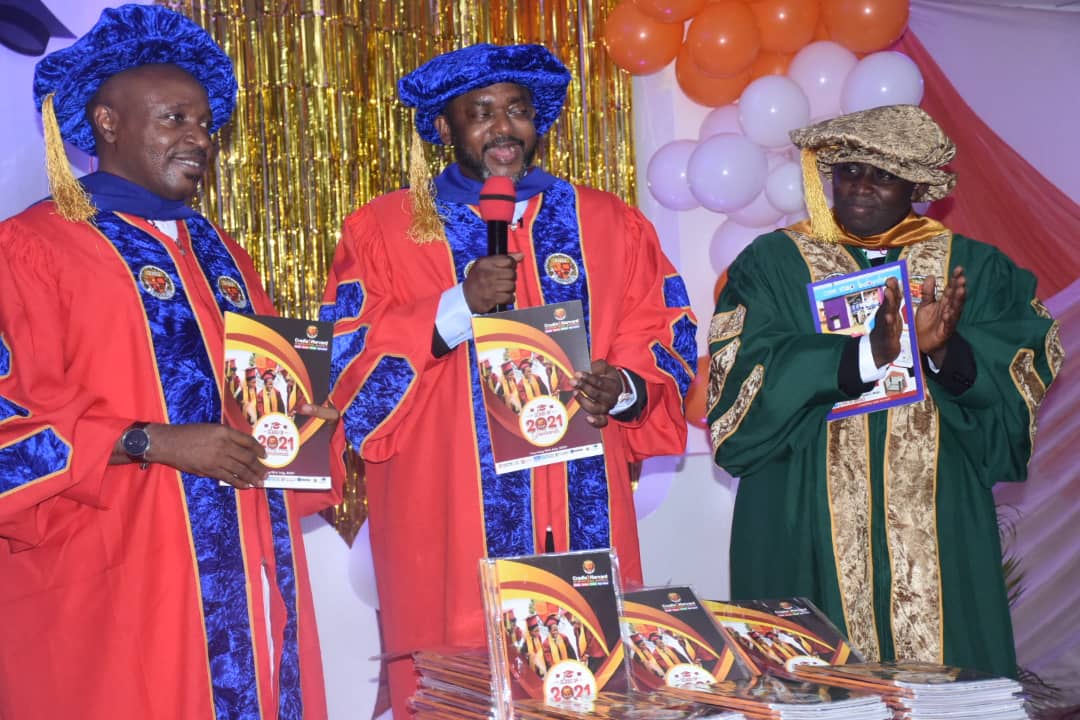 The Founder, Cradle 2 Harvard International Schools, Mr Phrank Shuaibu has called for the rejuvenation of the educational system through rigorous teacher training for students to compete favorably with their counterparts across the globe.

Phrank disclosed this in Abuja on Thursday at the graduation and price giving day of the Cradle 2 Harvard International Schools.

He said that it was unfortunate that the degree of 20 years ago was what what still obtainable in this presence dispensation while calling for a rejig in the curriculum for global best practices.

According to him, the standard of education must be improved to allow our students cope with the reality of life associated with unemployment.

“ Our education system has to be rejigged because we run a country where teachers are not trained.

“The degree of 10/20 years ago is the degree we are still giving now and that is an unfortunate situation which we must change,” he said.

Phrank added that the school in its nine months of existence was graduating 79 students adding that it had also secured NECO and WAEC accreditation and as well Cambridge accreditation.

He said that the school was also linked to 103 scholarship platforms around the world to enable students seek admissions in foreign countries.

Also, the Deputy Governor of Kogi State, Dr Edward Onoja, urged the Federal Government to put in place policies that would ensure public schools students match with their counterparts in private schools.

Onoja said this would bridge the gaps between the rich and the poor and as such the nation would move progressively in the area of education.

He commended the founder of the school for the giant stride put in place in investing in the future of the country’s leaders.

“ Of the nine priority area designated to the government of Kogi state, education is number one as public schools in Kogi are wearing new faces.

“The government is building three model science secondary schools each in the senatorial district of the state that can replicate and compete with private schools,” he said.

Onoja therefore urged parents to imbibe in the children the words of the national pledge to instill the spirit of oneness and unity of the nation.