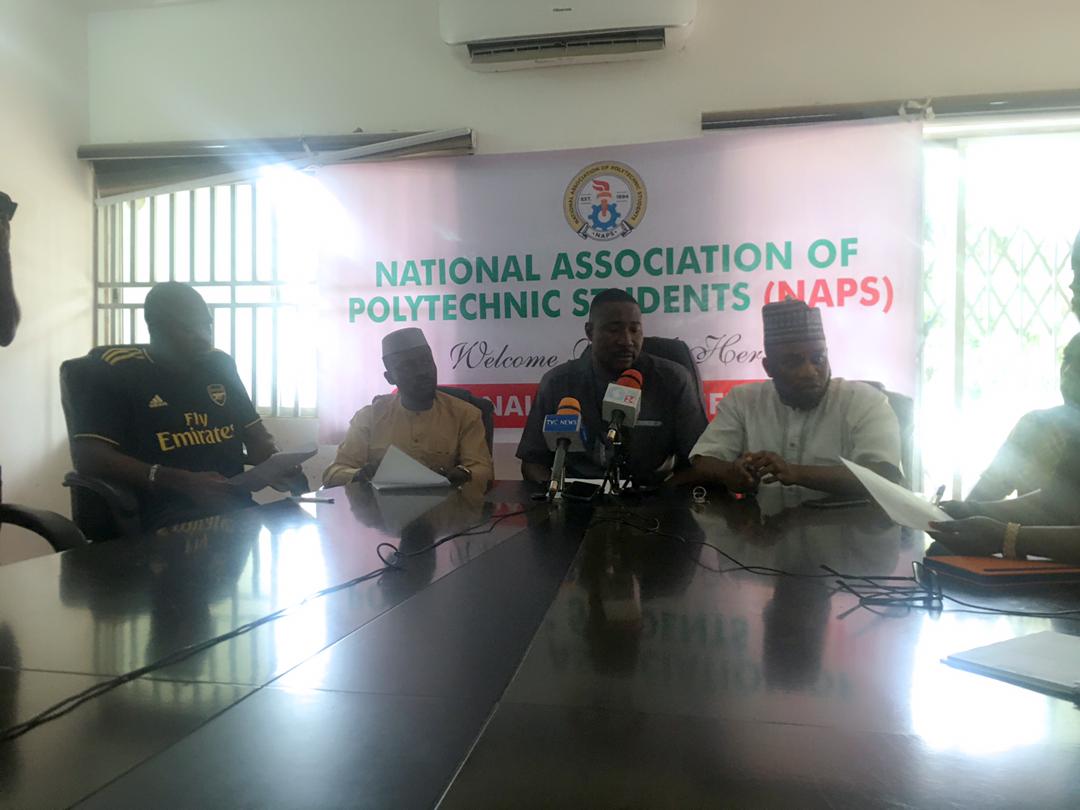 The National Association of Polytechnic Students (NAPS) has expressed confidence on the conduct and understanding of the International Psychometric Centre (IPC) to improve the quality of graduates.

The National President of NAPS, Sunday Asuku at a news conference in Abuja on Thursday said once implemented would help students to maximise their potential in their various fields of study.

Psychometric is a field of study concerned with theory and scientific techniques in psychology and education centred on testing measurement, assessment, evaluation and related quantitative activities.

He implored all Polytechnics, Monotechnics and Colleges of Technology yet to subscribe to do so for the benefit of the students.

“ There is no need of depriving any Polytechnic Students of the significant impact of the test on quality of graduate to be produce by our Polytechnic accross board.

“The Leadership of NAPS is pleased to announce to the teeming Polytechnic students that constructive engagement with the IPC have yielded another relief for student in terms of textbook acquisition.

“ This means students can now pay for textbooks on installments,” he said.

Asuku commended the Senate arm of the 9th National Assembly for the passage of the age-long removal of dichotomy between HND and BSC under HND dichotomy prohibition Bill sponsored by Sen. Ayo Akinyelure and passed recently.

He called on the House of Representative to as a matter of urgency pass the concurrent bill while also calling on President Muhammadu Buhari to grant the bill a positive accent.

On the state Of the Nation, he called on stakeholders to see the fight against insecurity a collective fight and not the duty of government alone.

According to him, all hands must be on deck to achieve a peaceful and safe nation, where students can learn in an atmosphere of peace.

“ The leadership of NAPS admonish heads of institutions to beef up security apparatus on their respective campuses.

“ Our leadership shall be embarking on a nationwide Campus Security Tour to ascertain the safety of students on campus. No school is permitted to run if the security of students and staff is not guaranteed.

“We also wish to remind the Federal Government of her promise to meet up with ASUP demands since they have tow the path of honour and have returned to class in the interest of peace, tranquility and progress,” he added.

He, therefore, said that the association would soon embark on a monitoring tour to all its institution to ascertain the level of security.

Similarly, Mr Mohammed Eneji, Student Affairs Officer, IPC said that psychometric studies was introduced into the country’s institutions in 2018 to help students prepare for the future.

Eneji said that the implementation of the course would make institutions have quality graduates that would also help have attract human capital during career progression.