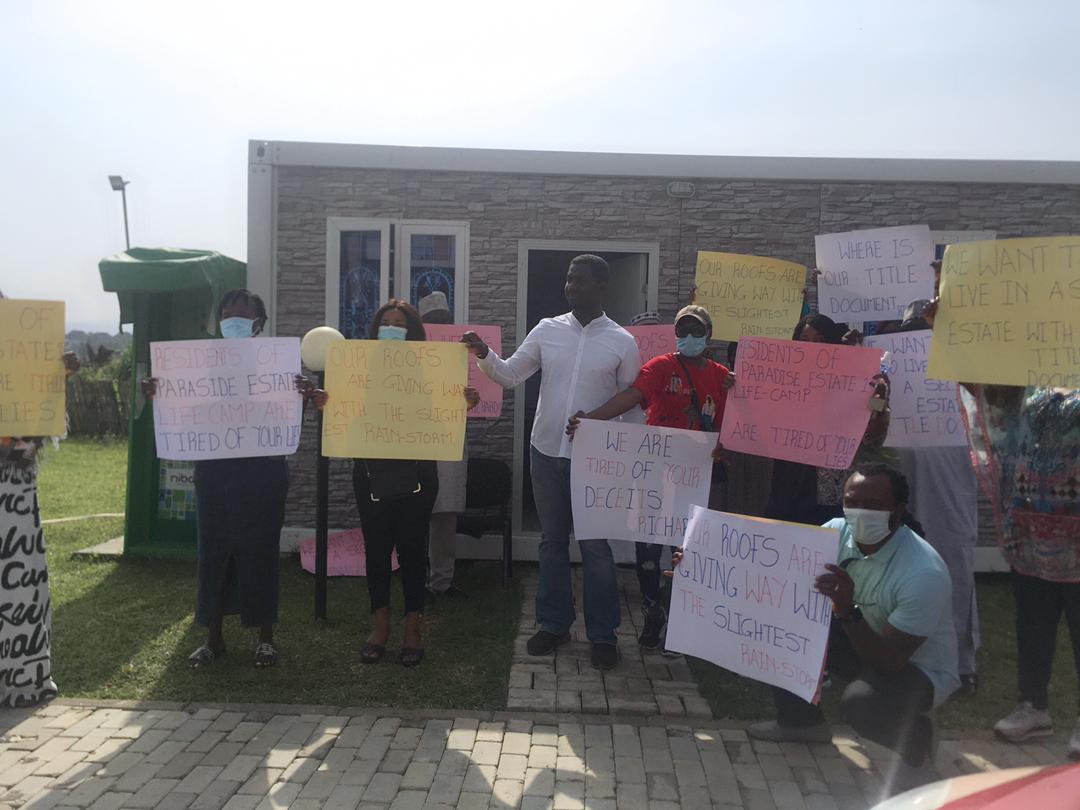 The Association of House Owners and Residents (AHOAR) in the Paradise Estate have staged a protest demanding the release of their title documents from paradise estate developer, who are also owners of Lekki gardens, Lagos.

The Chairman of the association, Mr Samson Oche, who led the protest made the demand known to newsmen in Abuja on Friday.

Oche, who also condemned the creation of school in the estate said it was not the original terms given to the residents when purchasing the properties.

According to him, one of the terms was that this place is strictly for residential purpose but now the purpose has been distorted with the school.

“ We have been promised for three weeks from the date of handover of our units to receive our housing document but three years later it is stories upon stories.

“ We have poor infrastructure in this residence that led to damages of the residents houses during the recent rain storm in Abuja and they have been dragging feet to fix and compensate the victims.

“There have been alterations on the approve use of our estate for residential purpose by illegally making request to the development control without the consent of the residents or the association and the home owners to use some buildings illegally for something it was not designed for .

“We have a lot of infrastructural deficiencies in this estate, we have lack of proper perimeter fencing we have recreational area that have not been sited. These are the things that were used to advertise these properties to us,” he said.

“ I have lived here for close to 15 months and topmost is the issue of title. The developer sold the property to everybody off plan.

“So to the surprise of owners, we discovered that by February 2020 that they have been in court for the past five years prior and during which they are still selling.

“ And by February 2021, the FCT high court gave a judgment against paradise allocating this land to a third party which means that those of us who bought has been deceived into buying an asset that we don’t owe,” he said

Ukoha said that the matter had been on appeal as they held several meetings with the developer’s board.

He said that the Managing Director of the board assured that they had commenced negotiations to settle the matter out of court as this was the only way owners would be assured of their properties. 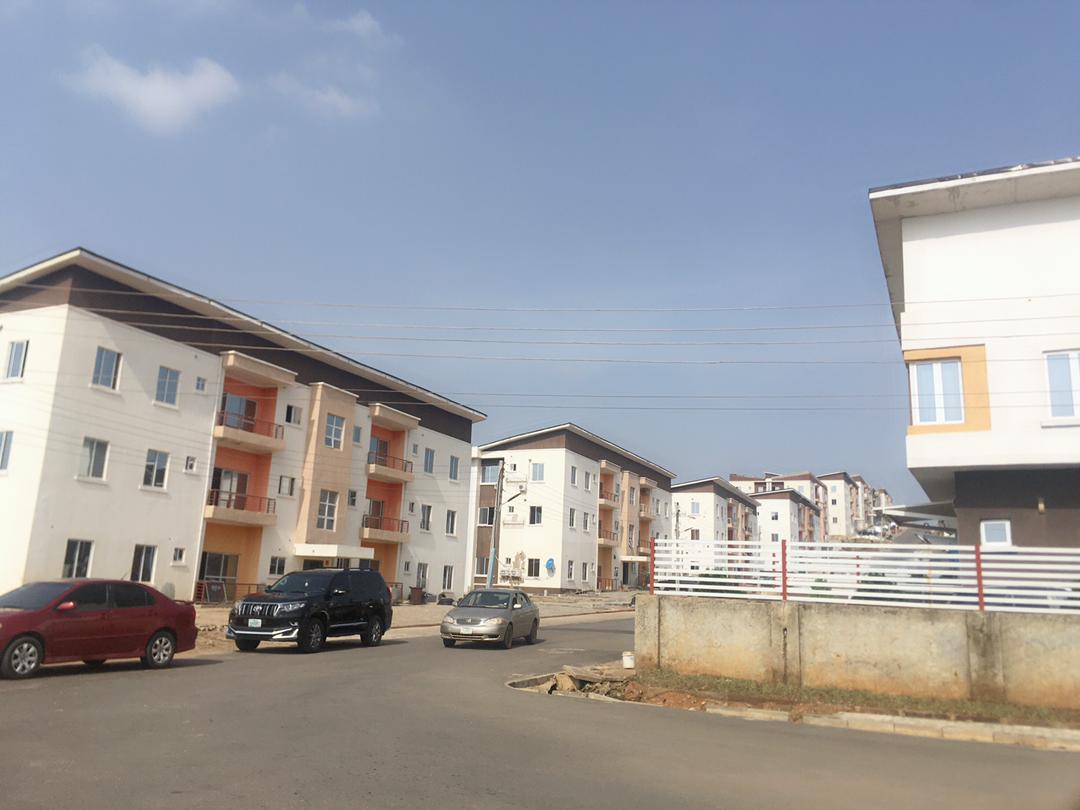 Similarly, Mrs Anne Igah, also a resident called on the paradise estate developer to do the needful by providing residents with their title documents.

Igah also urged them to obey agreement by ensuring that they maintain their initial position of making the estate a residential one.

“ It took over four to five years before I moved here. I have lived in an estate down the road and we have never had of roof issues.

“ Here, each time it rained we have to pray for roof not to fly off. Who builds a house in less than two years and you are changing all your roof, no one does that.

“ But in paradise, that is what we are facing today.

“ Now the residents are not happy because we have a lot of infrastructural deficits; plumbing issues. We are having to spend so much of our money we did not bargain for and we know what the economy is right now,” she added.

Inscription such as “ Where is our title documents Richard, Our roofs are giving way with the slightest rain storm we’re written on placards carried during the protest.

Other inscriptions are “We want to live in a secured estate with title document and residents of paradise estate Life camp are tired of your lies, among others.