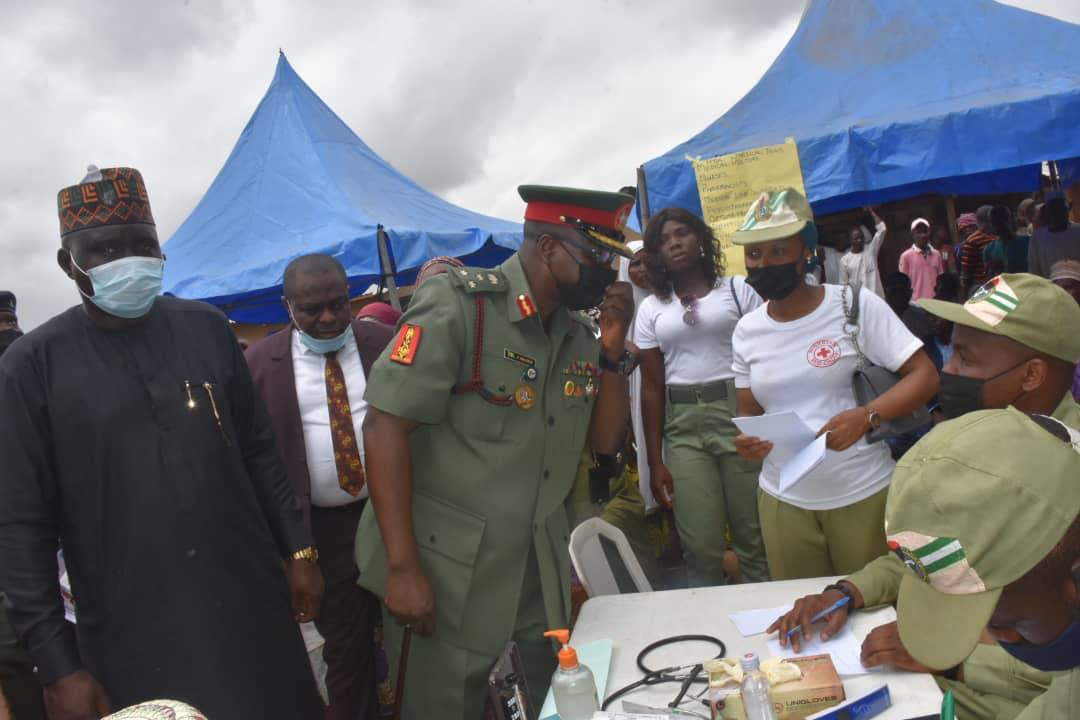 The National Youth Service Corp (NYSC) has launched the 2021 NYSC Medical Teams on the Health Initiative for Rural Dwellers (HIRD) with over two million persons participating in the initiative.

The Director-General, NYSC, Brig-Gen. Shuaibu Ibrahim at the launch of the scheme in Abuja on Monday, said the medical outreach would feature the sensitisation of community members on disease prevention and care.

Ibrahim said that the scheme had donated over 300 wheelchairs with the support of partners and as well established community-based clinic and humanitarian aid among others to communities.

According to him, the 2021 centrally coordinated medical outreach with the theme,” Health is Wealth for Advancement “ is taking place simultaneously in all states of the federation and the Federal Capital Territory (FCT).

“ Apart from the HIRD, corps members have for decades been using other NYSC Community Development Service (CDS) Platform to make frequent Health-related interventions, including medical outreaches, health surveys and other Healy facilities.

“ Others include campaign against HIV/AIDS, malaria control, guinea worm eradication, the Immunisation against measles, poliomyelitis and other child-killer diseases as well as Ebola Virus Disease (EVD).

“ Also, while the nation was on lockdown, we harnessed the talents of corp members for various interventions, including mass production and donation of face masks and others through the FCT administration and state governments,” he said.

Ibrahim added that the intervention through the HIRD scheme had made enormous impacts such as contribution to improvement of reproductive health, reduction of maternal and infant mortality among others.

Also, Alhaji Suleiman Abdul, NYSC FCT Coordinator commended the scheme as it was aimed at impacting positively on the lives of the less privileged using Community Development Services as a platform.

Abdul said with the scheme, rural dwellers in the FCT would get the desired healthcare throughout the year.

He therefore promised to ensure the sustenance of the scheme while appealing for support from well-meaning Nigerians and corporate organisations to bring healthcare closer to the rural dwellers.

“ The ability of corps members to come together as one and identify the felt needs of their host community is a clear manifestation that the geographical spread, intellectual capacity of these patriots is the elixir and only platform for national development.

“ This scheme has earned the right to be described as the ‘Leading Light of Youth Organisation’s’ and we shall continue to lead the pace,” he said.

Musa appealed to the government to establish government school in the community as there was non to cater for the educational need of about 1,500 people.