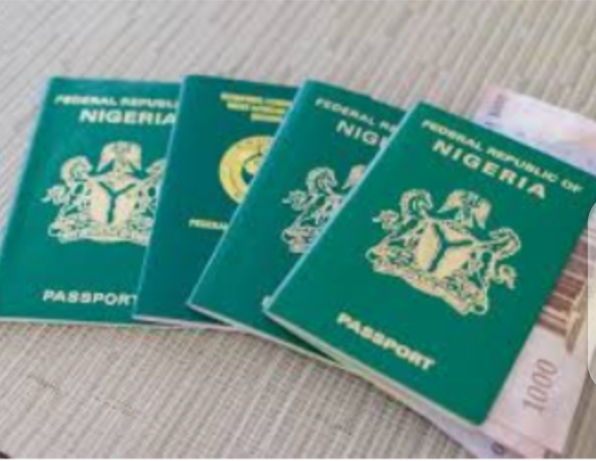 The Nigeria’s Consulate in Johannesburg says it issued a total of 10,341 passports to Nigerian citizens in South Africa between March 2020 and May 2021.

Hon. Malik Abdul, the Consul General, disclosed this in a statement on Tuesday from Johannesburg, South Africa.

He said that the consulate had a backlog of 3,946 applications awaiting production, while 1421 applicants had been scheduled for data capturing.

The consul general said that the Mission had 404 unclaimed passports, and advised all those whose passports were processed and pending from August 2020 to come for collection.

Abdul added that the consulate was working assiduously to clear all COVID-19 induced lockdown backlog of applications, urging the public to exercise patience while the mission was resolving the backlogs.

On the re-introduction of admin fees and charges for lost passports, Abdul said that the step was taken to harmonise and standardise consular services following approval from Ministry of Foreign Affairs, Abuja.

The Mission had increased the fees for lost passports from R1,500 to R2,000, and admin charges of R120 for data capturing.

“On this issue, the Mission could not unilaterally impose any charges without headquarters’ approval or consent.

“The admin fees of R120 pertains to all services rendered by the two Missions,” he said.

According to the Nigerian envoy, the decision was taken to remove disparities in all consular services, noting that visa fees have also been harmonised.

On penalty for lost passports, Ahmed disclosed that 484 Nigerian passports were reported missing at the mission between August 2020 and May 2021 with request for re-issue.

Abdul said that it was discovered that there were criminal undertones and immigration rules infractions associated with the ‘so-called’ lost passport declarations.

“In line with practice in other Missions, there was a need to impose fines to deter people from engaging in such infractions.

“At such an astronomical rate of loss declarations, the option will be to refer such losses to Nigeria for processing.

“This will save the booklet for genuine requests of re-issue and thereby reducing the backlog and pressure on the Mission,” the envoy said.

Abdul disclosed that the consulate had received a directive to embargo processing of lost passports pending further instructions from the headquarters.

The consul general then accused some Nigerian groups in South Africa of “peddling lies and outright falsehoods” against the Mission and his person.

“This disgruntled elements have gone ahead to incite fellow Nigerians with intent to sabotage the Mission.

“Moreover, a lie and falsehoods often repeated amounts to a propaganda which can be misinterpreted by the gullible and undiscerning as truth,” the Nigerian envoy said.