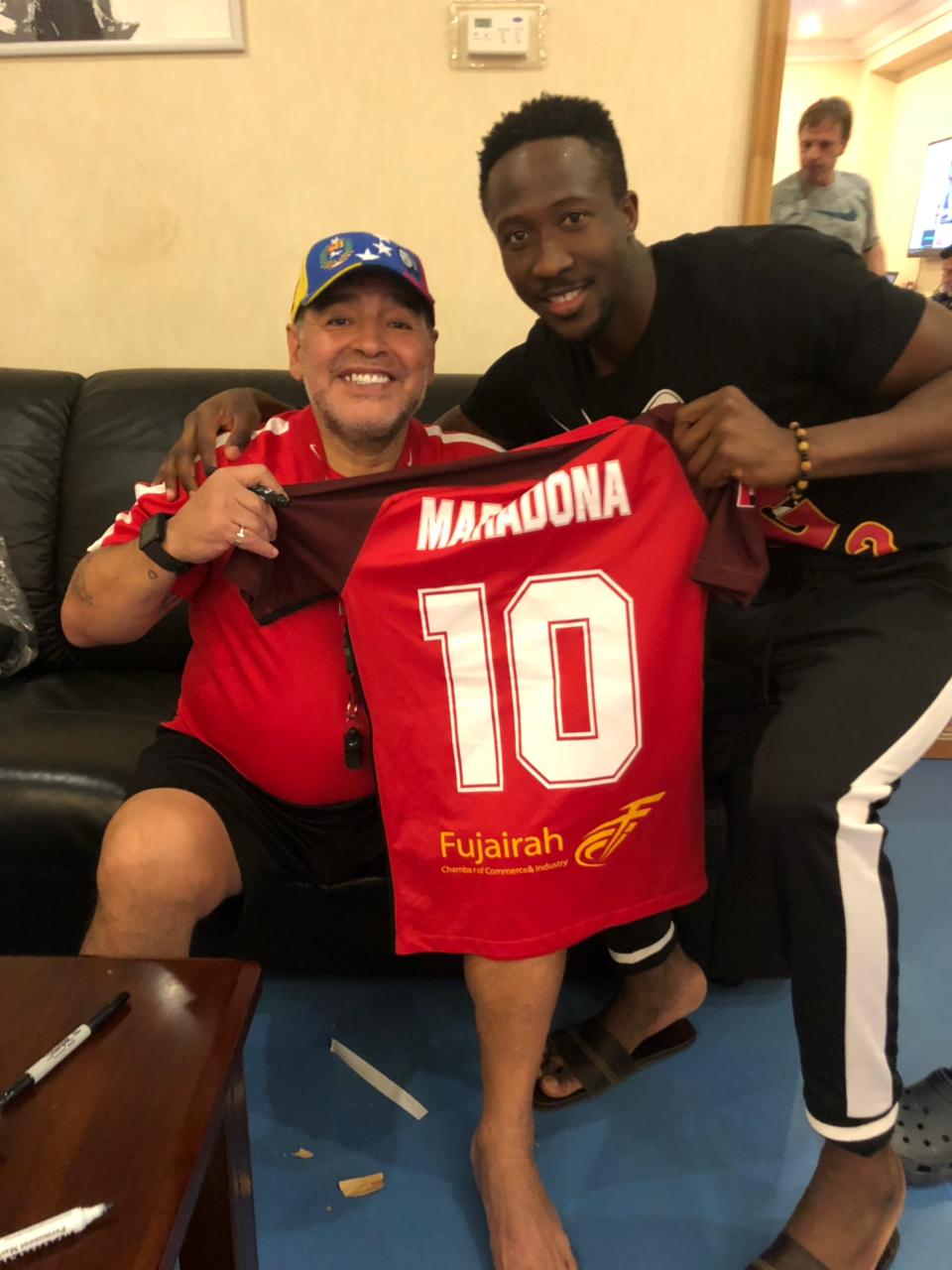 Danjuma Ademola Kuti, a Nigerian proffesional footballer who plays for Accra Hearts of Oak, a Ghana Premier League Club, has concluded plans to present Maradona’s shirt to the Federal Government to be kept at the National Museum as Artifact.

Kuti in a statement issued in Abuja, said he has been receiving international calls on how much he wants to sell the Jersey, but has declined to the offer and have concluded to present Diego Maradona’s shirt to president Muhammadu Buhari to be kept at the National Museum to inspire future generations.

The player worked under Diego Maradona at United Arab Emirates side Fujairah SC and also played for Indian clubs Punjab and Techno Aryan FC with wonderful performances in all seasons.

The statement said Maradona was impressed by the offensive output of the player as his wonderful performances made his team win the U.A.E. Youth league with 22 goals in 18 matches enough for them to take the Cadet title.

“I will be willing to present Diego Maradona’s shirt to president Mohammed Buhari for it to be kept in National Museum to inspire future generations and attract international attention to the country, rather than sell it.

“I was asked if I wants to sell the Jersey, but I replied it can’t be sold, because the shirt will be increasing in value, and Maradona is immortal now, so the Jersey is priceless.

“It was a privilege for me to play under Diego Amando Maradona as the first African and Nigerian player.

“Diego will forever be remembered as a football hero and a magical player with a mesmerising personality,” he said.

However, the statement further said Kuti is the first Nigerian and footballer of African Nationality to be coached by Diego Maradona as his wonderful performances impressed the legend and picked interest in him which developed to father/son relationship.