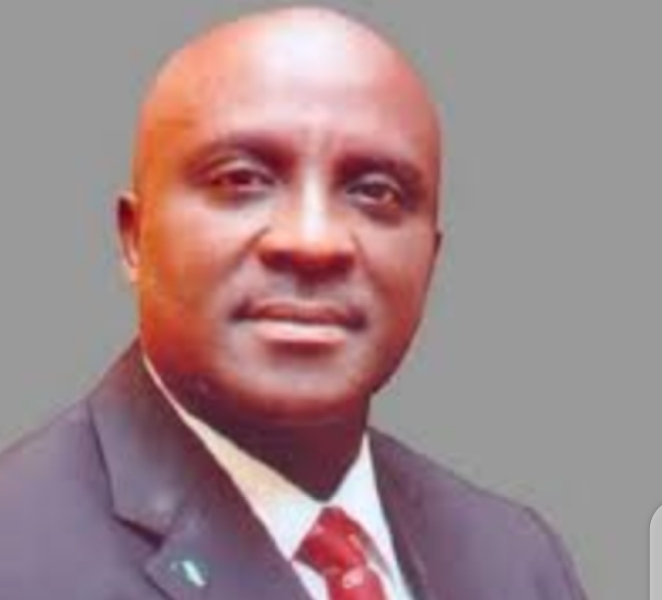 The Registrar and Chief Executive of the National Examinations Council (NECO), Professor Godswill Obioma is dead.

Although there were different version of the circumstances surrounding his death, a security source told our correspondent that the late Obioma slumped and died in front of his wife and personal aide Minna.

However, another source indicated that Professor Obioma was killed by gunmen right in his house.

He was said to have returned from Abuja from an official assignment at about 9:00am in the morning and was expected before his sudden death.

Neither the Head of Information and Publicity of NECO, Mallam Azeez Sani nor the Police Public Relation Officer of the Niger state police command was responding to calls.

But a statement from the Director Human Resource, Mallam Mustapha K. Abdul, informing the board, Management and staff of the organization of his death reads in part “Dear Sir, this is to formally inform you that my father Prof. Godswill Obioma the Registrar/Chief Executive of NECO passed to eternal glory yesterday 31/5/2021 after a brief illness.

“We request that you kindly notify the Board, Management and the entire staff of the Council of this development. We shall keep you duly informed”.

It could be recalled that the late Registrar who was appointed on the 15th of May, 2020 through a letter with Reference No: FME/PS/396/C1/1/134 and signed by the Minister of Education, Mallam Adamu Adamu, for an initial tenure of five years, and with effect from 14th May, 2020, have being having a running battle with the governing board, led by Mallam Sadiq Abubakar.

Only last week, the late Professor Obioma was said to have been suspended from office by the board and the leadership tussle in the organization led to the deployment of a detachment of armed Policemen and the Men of the Department of State Security Service to barricade the entrance gate of the headquarters of the organization along Bida road, Minna, the Niger state capital.

As early as 7:00am on Monday, the staff who where resuming from the sallah break, met a heavily armed Policemen and the Men of the DSS who subjected them to a thorough search and made to show their identity cards before allowing them into the premises.

Although none of the staff could comment on the development nor any statement from the organization to that effect, it was gathered that the action of the security agents was not unconnected with the rumor of the sack of the late Registrar and Chief Executive of the Examinations body, Professor Godswill Obioma.

.
The entire NECO headquarters in Minna has been thrown into confusion with some of the staff who had earlier reported to the office discussion his death in group while others hurriedly left the office for home.

The late Godswill Obioma is a professor of Education Measurement and Evaluation. He formally took over the affairs of the Council on Friday, 22nd May, 2020 from the then Acting Registrar, Mallam Abubakar Gana.