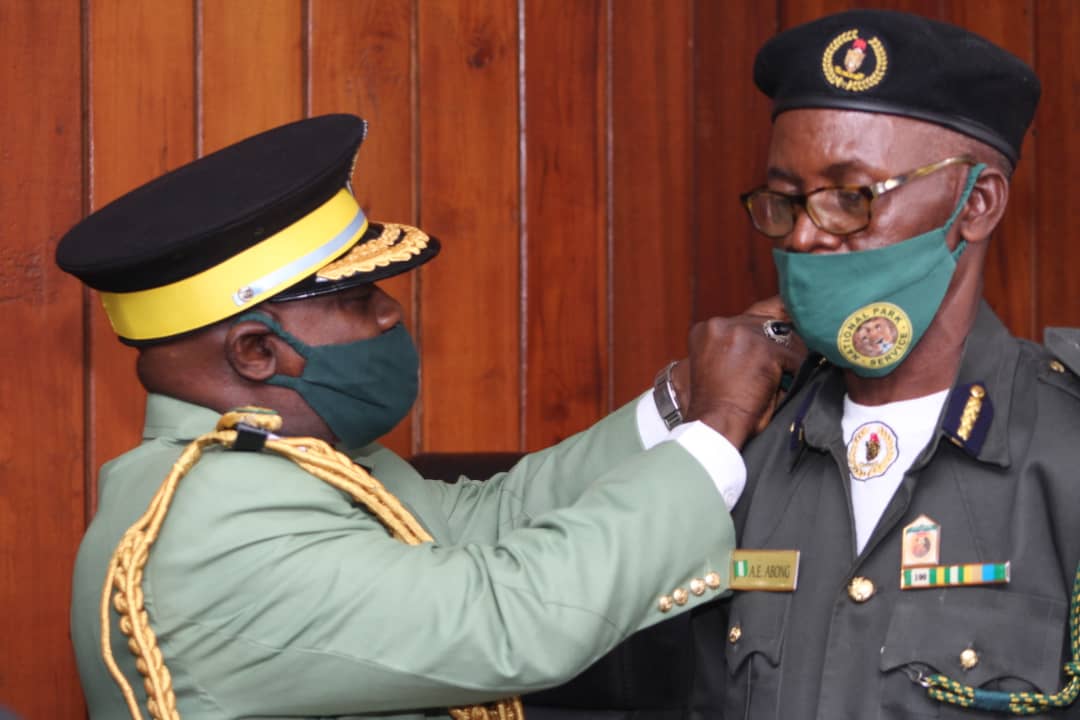 The pulling out ceremony was held for him at National Park Service office in Abuja.

Yahaya who hails from Bauchi State was born on April 18, 1964 in Giade, Giade Local Government Area of Bauchi State.

In his remarks, Ibrahim Goni, the Conservator General (CG) of the Park described Yahaya as a highly meticulous Human Resource Management.

He said that Yahaya made sure that the service got appropriate manpower that uplifted the service higher to its present level.

According to him, Yahaya during his service had cordial relationship with staff and had built peace among them knowing their diverse ethnic, cultural and religious backgrounds.

Goni advised him to identify some productive activities that would keep him busy and bring sustainable income.
“You should see retirement as the end of one phase in life and the beginning of another.

“As you bow out, the Service will miss your courage, objective advices and high sense of humour.

“Remember to keep in touch with your colleagues and friends as they are the extended members of your family,’’ he concluded.

Goni, however, said that the department of Human Resource Management would be overseen by Assistant Conservator General Yakubu Kolo pending the emergence of a substantive ACG.

Meanwhile, Yahaya urged member staff to maintain uprightness so as to promote the National Park and move it to a greater height.

He also advised the staff to work hard by putting their best in what has been developed so far.

“We have given then the foundation, so they should be able to build on what we have and move the park to a greater height.
“I am still a consultant out there and also be consulted.

“Your hard and diligence have greatly benefited the service and we hope that the remaining officers and men will strive to follow your example.

“While we celebrate your departure, we are confident that you will find the same success and happiness in retirement that you experience during your service with the National Park,’’ he said.

Abong was promoted from the Conservator of Park (CP) to Assistant Conservator General (ACG).

In his remarks, the newly decorated ACG promised to work hard to promote tourism and upgrade the knowledge base of staff.

Abong called for cooperation among all to move the Park to another level, adding that tourism development and marketing were important areas he would look into.

“I will also be working to see how we can upgrade the knowledge base of our staff, so we can deliver quality service.

“We need to begin marketing of tourism to the communities around us and get the villagers to develop interest in tourism,” he said. (NAN)