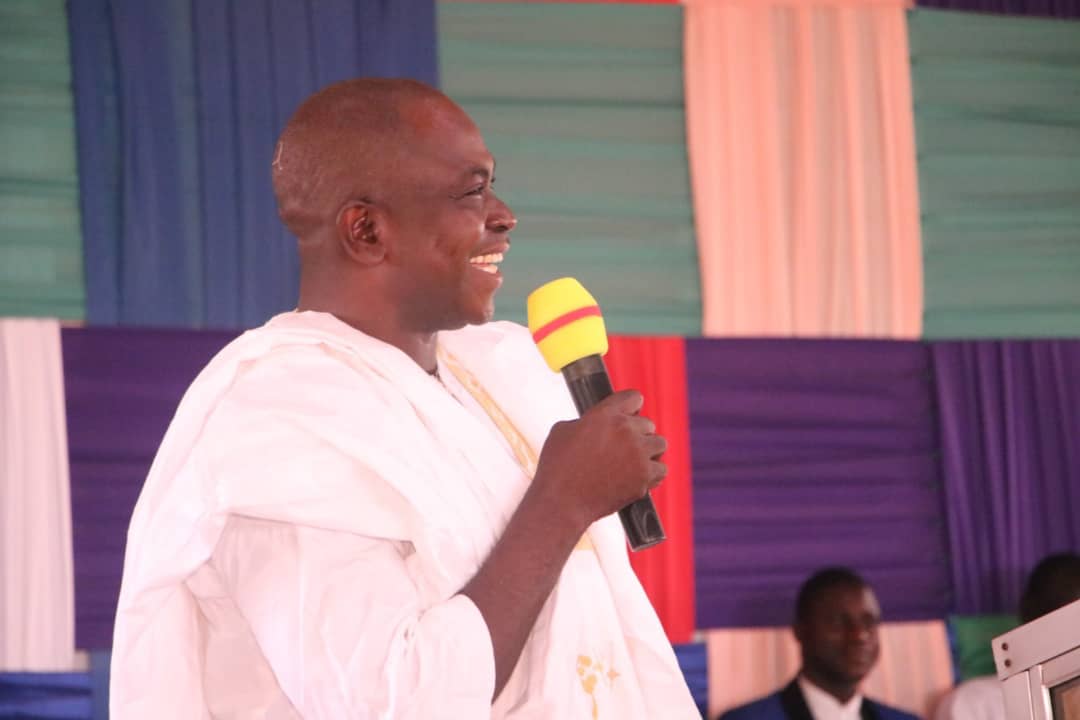 Dr Ibrahim Peter-Akwe, member representing Obi 1 constituency, at the Nasarawa State House of Assembly, has organised Thanksgiving to appreciate God for successful clocking two years in office and completion of his Ph.D programme.

He has assured the people of the constituency of more peoples oriented projects in order to improve on their standard of living.

Peter Akwe made the call on Sunday at his Thanksgiving service at ERCC Central Church, Obi, Obi Local Government Area of the state.

According to him, I have done  a lots toward bettering the standard of living of my constituents.

” I want to  assure them of more people oriented projects in order to improve on their standard of living positively in no distance time.

” The projects embarked by me to improve on the living condition of my constituents so far include rural electrification of Bwan/ Ketu, construction of borehole at Adudu ward, construction of Grade 1 and  2 Area courts respectively.

” Presentation of educational materials to both government and private schools, rehabilitation of Osagye of Odubu palace among other,” he said.

Hon.Akwe also said that he has distributed COVID-19 palliatives to the people of his  constituency in his effort to safeguard his people.

” I have also distributed rice, beverage and cash gifts during Christmas and Ramadan ( sallah) celebrations.

” I have also presented cash gift/ payment of hospital Bill’s  to the less privileged across the five wards of my constituency.

” I have also sponsored volleyball competition and presented table tennis facilities to youths in Obi in order to unite them as well as promote peace considering the importance of sports to societal development,” he added.

Akwe has appreciated his colleagues, politicians, traditional rulers among other well wishers for gracing his event and wished them safe journey to their various destinations.

The lawmaker has further assured the people of his constituency of sound and quality representation at the state legislature.

Also speaking, Alhaji Ibrahim Balarabe Abdullahi, the Speaker of the state legislature described Akwe as a hard working member while assuring him of the House support to succeed.

” The House is blessed for having Hon. Dr Ibrahim Peter Akwe. He is very intelligent member as he is contributing positively at the floor of the House.

” He is a hard working member . He is doing well. Obi constituents has no reason to regret for voting Hon Ibrahim Peter Akwe, ” he said.

The speaker, represented  by Alhaji  Mohammed Adamu Omadefu, the Chairman, House Committee on Information, has urged the people of the constituency to support the lawmaker to succeed  as well as live in peace with one another for development to thrive.

Also speaking, Gov. Abdullahi Sule while congratulating Hon Akwe for  clocking 2 years in office and completion of his Ph.D programme called on him and the people of his constituency to support his administration to succeed.

Sule, represented by Mr David Ayewa, the Executive Secretary, Nasarawa State Christain Pilgrims Welfare Board, said that his administration has done so much in the area of peace promotion and other developmental projects aimed at changing on the lives of the people of the state positively.

Mr David Umbugadu, the Chairman of the Thanksgiving service and the 2019 PDP Gubernatorial candidate in Nasarawa State while congratulating Akwe, assured him of support to succeed and wished him well.

Earlier, Rev. Gagara Malluche, the ERCC General Secretary worldwide while presiding over the Thanksgiving Service urged Christians and other Nigerians to always appreciate God no matter the difficult situation they faced.

Malluche While quoting various quotations in the bible  urged Christians, politicians and other Nigerians to always remember God in their daily activities.

” It is good to say thank you to the Lord and to sing praises to God who is above all gods no matter the situation we find ourselves so as to get more blessings and favour,” he said.