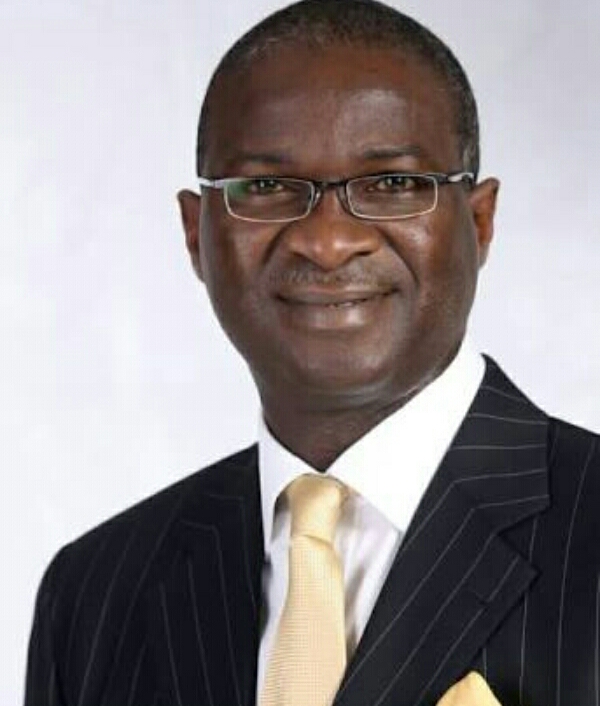 The Minister of Works and Housing, Mr Babatunde Fashola has commended the private sector for taking a leading position in addressing the challenge of affordable housing in the country.

Fashola, who was represented by the Minister of State for Works and Housing, Mr Abubakar Aliyu, said the present administration was keen in  promoting affordable housing to its citizenry.

Speaking at the 15th Abuja International Housing show in Abuja on Monday, themed:  “ Sustainable and Resilient Housing Solutions for a Post Pandemic World”,  the minister identified affordable housing as part of the agenda of the current government at the centre.

“As part of President Muhammadu Buhari’s developmental agenda of addressing Housing needs in Nigeria, the Federal Government inaugurated a pragmatic National Housing Programme (NHP) for the construction of acceptable and affordable houses nationwide.

“The first phase of the programme commenced in the 2016 financial year in 34 States and FCT.
“Further to the above, the Ministry is promoting local content in line with the Executive Orders 3 and 5.

“The use of available local building materials in the NHP has stimulated the economy through the production and use of these materials,” he said.

He added that the overall economic value chain arising from the housing construction activities was mostly beneficial to the Nigerian youths who were directly involved in the physical production of the houses.

Also, the Ghana Minister of State for Works and Housing, Mrs Freda Prempeh, said investing in the widespread construction of decent, affordable housing needed to be a top priority of every country.

Prempeh noted that the provision of affordable and decent housing for the middle and low-income segments of the population remained a challenge which must be worked out.

In the same vein, the Minister of Environment, Dr Mohammed Abubakar said that apart from the COVID-19 pandemic, there was also a planet change pandemic if not handle could cripple the housing sector.

Abubakar said that countries were beginning to lose their land as as result of climate change, noting that all hands must be on deck to address the issue of land degradation.

Earlier, the Convener of the show, Mr Festus Adebayo, had called for the involvement of youths in designing the future of affordable housing for the citizenry.

“ For us in the built sector, and particularly in the Housing Development and Advocacy Network, we remain unrelenting in advocating for development and rollout affordable housing by government and private sector,” he said.

He also commended the response of CBN, Finance ministry and other stakeholders towards the establishment of N200 billion National Social Housing Programme being managed by Family Homes funds, adding that that would deliver 300,000 housing units for low income earners across the federation.

“ The challenges that we face as a country in housing sector are enormous. Our housing deficit though currently being contested is estimated to be over 17 million housing units is still highest in the continent.

“ As daunting as Nigeria’s housing challenges, it is not insurmountable but rather holds great promise and opportunities ,” he added.