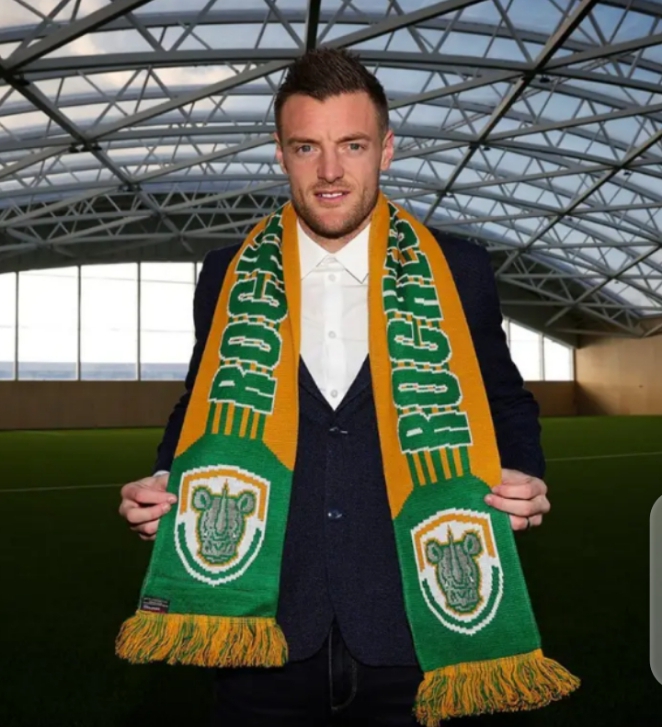 The 34-year old striker purchased a minority stake in the New York-based club, which has not played a competitive game for four years.

The club statement said: “The Rochester Rhinos are delighted to announce that Premier League star, Jamie Vardy has become a co-owner of the club.

“The Leicester City striker has bought a minority stake and is excited by the prospect of being part of a journey that puts the Rhinos and Rochester back on the map after a four- year hiatus.

“This is a huge coup for Rochester and the Rhinos. Jamie is known throughout the soccer world and we are delighted that he has chosen to join us as a co-owne.

“Hopefully this fantastic news will give everyone connected with the club the belief that there are good times ahead.”

Rhinos, the only non-Major League Soccer club to have won the US Open Cup, announced in November 2017 they would go on hiatus as they sought extra funding.

‘The field did not help much’Luis Enrique Rochester Rhinos in 2017 announced the club will go into hiatus as they sought extra funding. The New York-based club plans to resume competing in the USL League One in 2022, the third tier competition on the American football pyramid.

The Rochester Rhinos hold the enviable record of being the only non-Major League Soccer club to win the Us open.