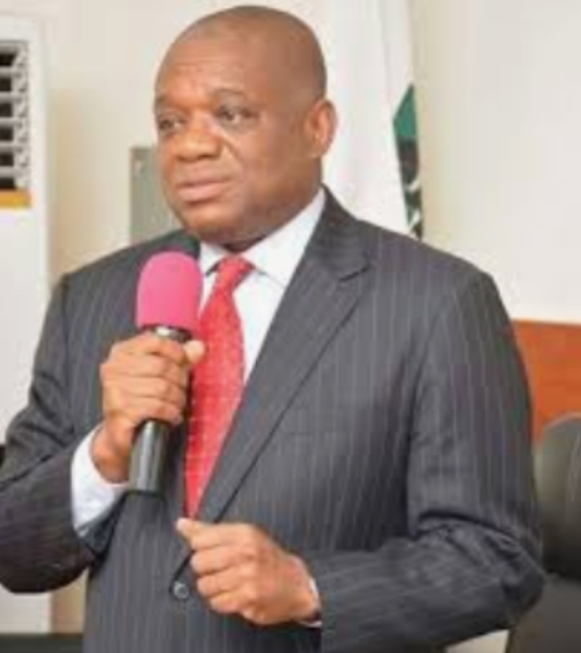 The Chief Whip of the Senate, Sen. Orji Kalu, has undertaken a two-day inspection tour of his ongoing constituency projects in Bende and Ohafia Local Government Areas of Abia.

The News Agency of Nigeria (NAN) reports that Kalu, a chieftain of the All Progressives Congress (APC), represents Abia North Senatorial District.

NAN reports that jubilant traditional rulers, village heads and natives of the benefitting communities trooped out in large numbers, clutching brooms to identify with the All Progressives Congress (APC).

They danced round with excitement, singing songs of gratitude to the lawmaker for attracting development to their areas.

A former Speaker of the Abia House of Assembly, Chief Arua Arunsi, thanked Kalu for breaking the jinx in providing water for Amurie Nkporo and Ngbaja Ndiagbo communities.

Also, the President-General of Amurie Nkporo, Rev. Kalu Udeagha, said Kalu’s good work would remain indelible in the history of the community.

The Traditional Ruler of Abia community, Emmanuel Ebere (Ezeogo), while receiving Kalu to the communty, said their joy knew no bounds.

Ebere said the community was agog with celebration on January 27, “when we saw our road being asphalted”.

He said that Kalu had made the community to feel the impact of the APC-led Federal Government.
The visibly elated traditional ruler swore that .

“Anybody that fails to vote for APC in future elections shall be ostracised.”

Kalu was also well received by the Traditional Ruler of Akanu Ukwu, Eze Mba Okereke, and his palace chiefs, who thanked him for the road project in their community.

At Isiugwu Autonomous Community, men, women and youths danced round the road, praising Kalu for remembering them.

The Traditional Ruler of the community, Ukpe Okorie (Ezeogo), paid special tribute to Kalu for giving the area a sense of belonging.

Okorie said that the road would be of great economic benefit to the agrarian community, adding that it would ease the transportation of farm produce to the urban towns.

He urged Kalu to ensure strict supervision of the project to ensure the contractor did not compromise its quality.

He promised that the community would stand by him at all times because he had brought development and joy to the people.

He said: “If you work for a man and he pays your wages with which you fend for your family, you are bound to stand by him.

“Therefore, we pledge to stand by you all through your political journey. Our community is all APC,” the told Kalu.

Speaking with newsmen at the end of the inspection on Thursday, Kalu said he embarked on the tour to ascertain the extent of the job so far accomplished.
Kalu, who was Abia governor from 1999 to 2007, said that the constituency projects were captured in the 2020 budgets.

“This is the essence of good governance and dividend of democracy to the people of my constituency.

“My concern is their wellbeing. To bring development to them through the provision of social amenities and physical infrastructure.

“Some of the communities are just witnessing tarred roads for the first time since they came into existence.

“Communities like Ngbaja Ndiagbo and Amurie Nkporo, where I brought roads and motorised water boreholes, depended on streams and never had tarred roads before now.

“You can see how happy the people are because they never felt the impact of good goverance and effective representation until I came on board.

“All the schools I built before leaving office in 2007 as governor have become dilapidated because of the lack of maintenace.

He promised to provide furnitures and books for the schools in the second phase of his constituency projects.

According to him, more constituency projects, which were captured in the 2021 budget, were underway. (NAN)