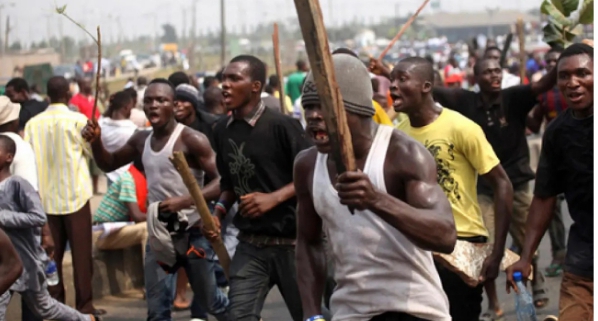 It was gathered that the officers and menin the station also repelled the attackand arrested one of the hoodlums, ImooJohn Udo, an indigene of Ikot Edem Udo,Okon Clan in Essien Udim Local Government Area of the state.

An eyewitness, who pleaded anonymity told newsmen that the hoodlums invaded the station at about 4:30a.m with motorcycles and immediately opened fire directly at the police station.

He said the operation lasted for some minutes as men of the Police Quick intervention Unit (QIU) with their counterpart from Ikot Ekpene Area Command engaged the hoodlums in agun battle and shot down one of the suspected hoodlums before arresting him while others fled inside the bush leaving their charms behind.

The Akwa Ibom State Command Police Spokesman SP Odiko Macdon when contacted confirmed the incident noting that the attack was repelled by officers and men of the Operation Restore Peace.

According to the PPRO, “That attack was repelled by officers and men of the Operation Restore Peace recently launched by the IGP.

They arrested one of the hoodlums, Imo John Udo, 28, fromIkot Edem Udo village in Essien Udim LGA of the State.

“There operational vehicle, that is, a Toyota Venza vehicle was recovered and three motorcycles as well. Unfortunately, we lost a personnel who was hit by bullets and was taken to a hospital in Ikot Ekpene for treatment but we later lost him.

“As I speak, men of the Operation Restore Peace are still combing tbe bush as the hoodlums possibly escaped with bullet wounds.

The CP, Andrew Amiengheme has already ordered a discreet investigation into the incident. In no distant time, more of the perpetrators will be arrested. The suspect is cooperating in giving information.”