He collected N14m from her, lured her to a Native Doctor and killed her days to their wedding-Police 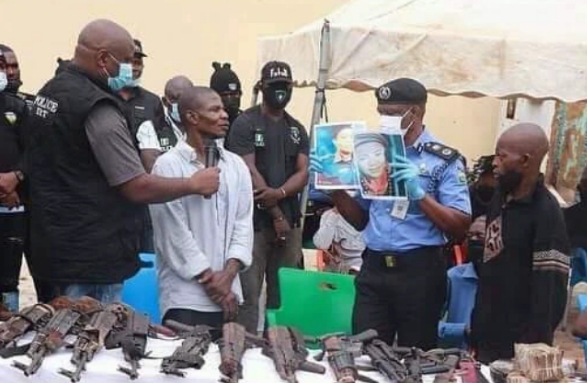 The sad story of an NSCDC Officer, Josephine Cynthia Inalegwu Onche, who was gruesomely murdered by her Fiancé simply named Christopher in collaboration with a native doctor in Benue State, has been revealed by the Nigerian Police Force Headquarters.

The 54-year-old Christopher was paraded alongside other criminals who were arrested for crimes such as Kidnapping, raping, vandalism and others.

He confessed to be guilty of the crime to the police after thorough investigation into the murder of the 40-year- old female NSCDC officer.

According to the Force Public Relations Officer, CP Frank Mba, Christopher lured her to a native doctor after collecting 14 million Naira from her, a few days to their wedding which is to take place in December 2019.

It is very sad to see this type of crime occurring in our society. Where is humanity? People have put the worldly things above human life.

Crime in Nigeria has now become incessant that it is hard to wake up without reading about a case relating to different types of crimes such as terrorism, Kidnapping, raping, community clash etc.

The number one function of the government is to secure the lives and properties of people. therefore, government at all levels in Nigerla should intensify efforts at equipping and providing supports to our security operatives.