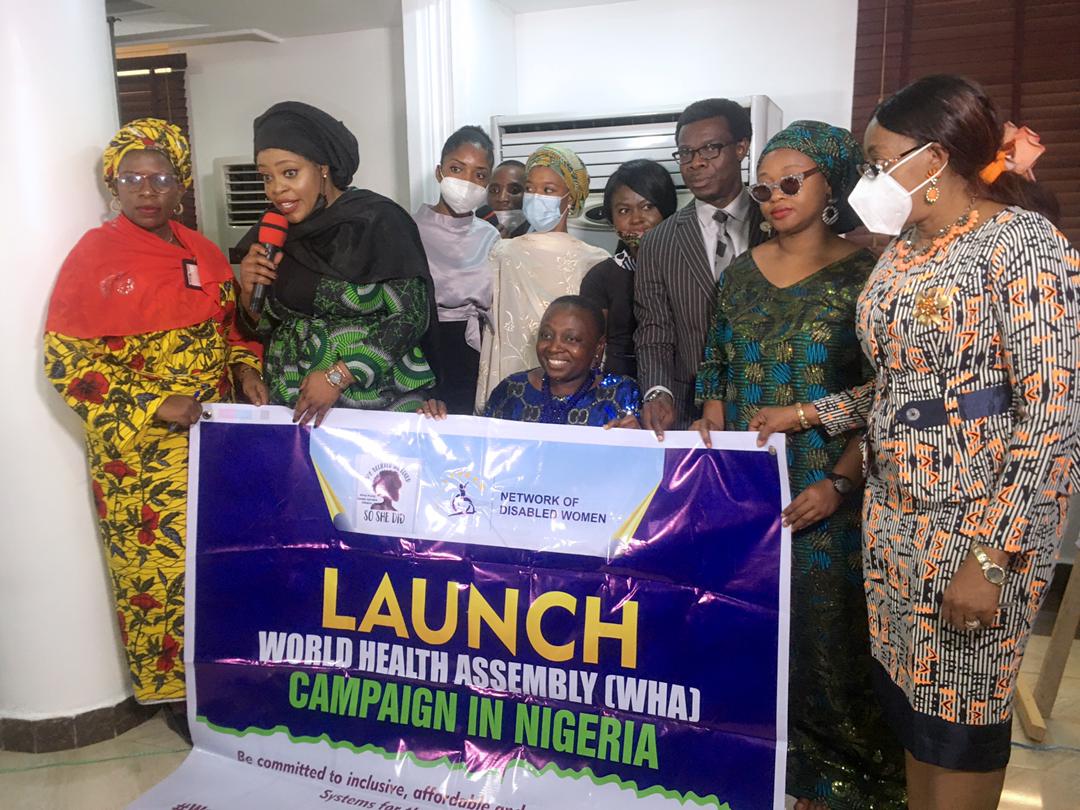 The Minister of Women Affairs, Dame Pauline Tallen, has charged women aspiring to go into politics not to put money at the expense of contributing to positive changes in the society.

Tallen made this known on Thursday at the African Young Female Appointees and Women with Disabilities in Politics Convergence in Abuja.

The minister was represented by Dr Anthonia Ekpa, the Permanent Secretary in the Ministry at the event commemorating the International Women’s Day with focus on challenging the issues young women face in governance and politics.

Tallen encouraged the women to dissociate themselves from notion that politics is a money-making enterprise, but focus on meeting the education, health and social needs of the people.

According to her, being in governance is making your name not by what you have but by what you are and what you can do for others.

“The most important thing is for women to embrace passion and vision and not about money when coming into governance.

“Women who are going into politics must ensure they put to bare the needs of the society.

“These needs to be addressed are lack of education for our children, poor health system, lack of water, bad roads and so many other things.

“The politicians are like public servants who are to serve the people. So, you must come with the responsibility of changing the lot of others instead of having the mind of making money,” she said.

Tallen revealed that the ministry had set up a situation room to carry out a study on the number of women involved in politics in Nigeria.

“The percentage of women in politics is worrisome. We are nowhere close to where we are supposed to be in women representatives.

“Though women have the challenge of trying to build their careers and families in relation to sustaining governance, we need to do more by advocating for more women in politics.”

She, however, called for an enabling environment for young women and those with disabilities to get into politics.

Also, Adaora Onyechere, National Secretary, AYFAI, added there was the need to consider developing the next generation of girls to attain sustainable development as a country.

“Women should become deliberate about structures in political parties by getting involved.

“There is need for the government to maintain the 35 per cent affirmative for women to be involved in politics.

Also, Mrs Lois Auta, from the Network of Disabled Women, said it was time women began to challenge the status quo by coming up with action plan for women inclusiveness in politics.

She stressed the need for young women and women with disabilities to participate fully in government programmes and politics so as to meet the needs of the group.

Mrs Tari Oliver, Technical Adviser to the Bayelsa Governor on Women in Agriculture encouraged women to yearn for service to impact other women.

Oliver described women as managers of resources, hence their participation in politics would go a long way in bringing development to every sector of the society.