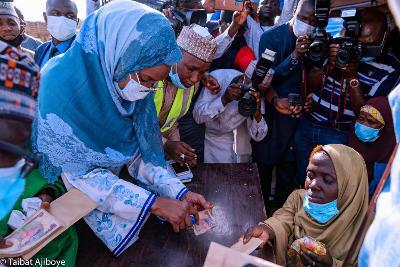 This is contained in a statement signed by Mrs Nneka Ikem Anibeze, the Special Assistant to the Minister of Humanitarian Affairs, Disaster Management and Social Development, Hajiya Sadiya Umar Farouq and made available to HammerTimes News Online on Sunday in Abuja.

Tambulwa gave the commendation at the weekend when Farouq visited the state to distribute relief items to flood victims and also flag off the Rural Women Grant Project.

“I must thank President Muhammadu Buhari for his goodwill message, empathy and sympathy on the natural disaster that ravaged a number of our communities, as well as his support to the victims affected.

“We are working on a supplementary budget to be presented to Mr President, to see how we can rebuild houses, hospitals and schools affected by the flood.

“We also commend Mr President for his Social Investment Programs. There are so many of them and we appreciate the much that Sokoto state has benefited from these programs.

“We assure you that the people and government of the state are willing to partner with you on any program that will benefit her people,” Tambulwa said.

The Governor who described the state as women friendly also promised to do more to empower women especially those in the rural areas.

Speaking earlier, Farouq commiserated with the state government on the flood incident.

She stressed that Buhari was concerned about the devastation caused by the flood and had directed the National Emergency Management Agency (NEMA) via the Ministry to respond in providing necessary support to the affected persons.

“I am here with the Director-General of NEMA to present relief items approved for distribution to assist the affected persons.

However, she noted that before the distribution of the items, the flood affected persons in Goronyo Local Government Area had already received support from the Federal Government through NEMA.

According to her, Sokoto Operations Office of NEMA has conducted an on-the-spot assessment of Binji and Silame Local Government Areas. 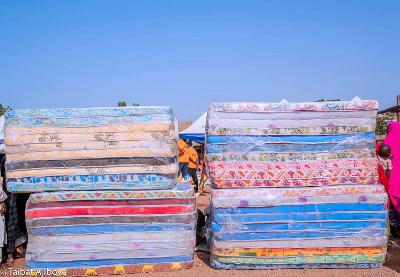 She appealed to the governor to assist the state to enroll more people for the intervention programs.