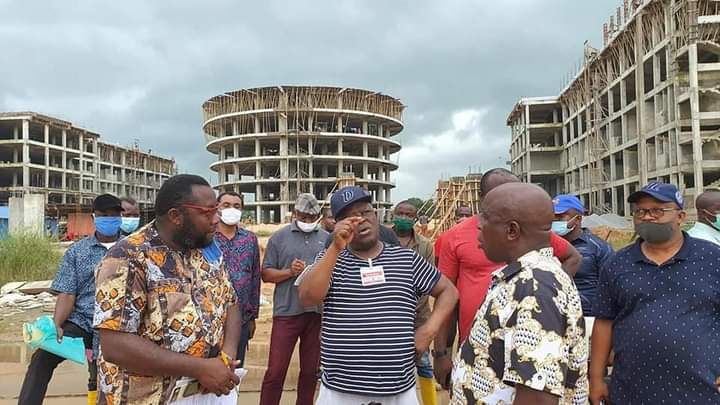 Ezeali in an interview with the News Agency of Nigeria on Friday said the construction of the ultramodern medical facilities in Uburu, which started in August, 2019 is about 80 per cent complete.

He commended Gov. David Umahi on the numerous projects in the state, adding that he should not be distracted by critics and unpatriotic personalities.

“When completed, the hospital has the capacity to create over 10,000 jobs within its value-chain and transform the economy of the host community and contribute immensely to reduce unemployment in Ebonyi and Nigeria in general.

“We have technologies that were used for the project, which give rise to technology transfer such as installation of Elevators and Escalators, Aluco Board and others that are specialised work, which people of Ebonyi were not used to.

” There is a fascinating male and female hostels, with over 1,000 students’ capacity each, the Gate and generator houses to control access to the hostel and provide alternative power source for the comfort of the students,” he said.

Ezeali added that a solar power plant with  installed capacity of 500KVA inverter to provide undisrupted power supply for the comfort of the students was also on standby.

He further explained that there was a magnificent  ultramodern school block where all studies and other academic activities would be taking place and alsoan administrative block called the Utility Building.

“All departments and sections of the University will be an independent gated community with its own installed power plant.

“Solar energy street light and generator powered street light all over the school to ensure excellent visibility at night,” he said.

He called on people of the state to ignore slanderous claims and shenanigans of cynics and detractors against Umahi.

According to him, the cynics are simply confounded by the outstanding performance of the Governor across all sectors to the point of loss of their ability to put their emotions in check in public.

“Nevertheless, the Governor remains focused on accomplishing set-goals, committed to his promises and inspired by the remarkable achievements of his past five years in office”. (NAN)