Disability commission takes on airlines that discriminate against PLWDs 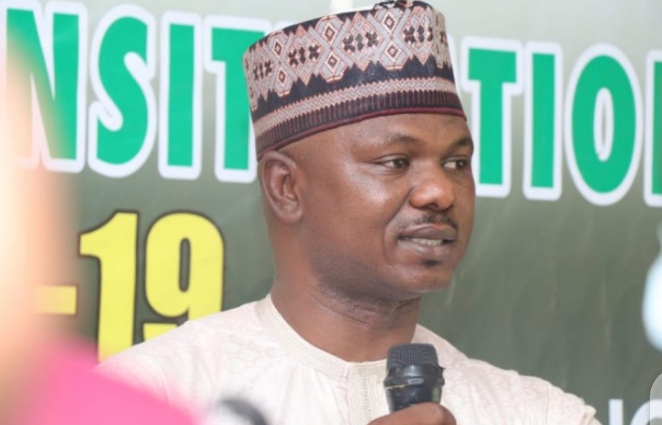 The Executive Secretary, National Commission for Persons With Disabilities (NCPWD), Mr. James David Lalu has promised that a legal action will be taken against any discriminatory tendency by airlines against persons with disabilities.

Speaking against the backdrop of a recent predisposed conducts demonstrated by Dana Air towards some persons with disabilities henceforth.

This was coming against the backdrop that some officials of Dana Air callously refused to board a woman, Mrs. Oguntoyose Gbemi (pseudonym) because she is a wheelchair user.

The Head of Media and Publicity of the commission Mbanefo JohnMichael in a statement said the executive Secretary spoke at a recent interview with newsmen in Abuja.

Mrs. Oguntoyose had been scheduled to fly on Dana Air 9J 353 Lagos to Abuja by 11:00am on the fateful day, as explained by eye witnesses at the airport.

Disregarding the Discrimination against Persons with Disabilities (Prohibition) Act 2019, Dana Air said its policy does not have provision for wheelchair users.

Despite that the passenger was travelling with the assistance of her sister, she was clearly denied access to board the flight while other passengers proceeded with the trip to Abuja.
Officials of Dana Air insisted that the flight fee would be refunded as the airline cannot convey her because of her disability.

The passenger who explained that was not her first time of travelling by air expressed shock over the policy of Dana Air which is discriminatory.

He however expressed satisfaction with the genuine passion demonstrated by the Hon. Minister of Humanitarian and Disaster Management, Hajiya Sadiya Umar Farouk for Persons with Disabilities and her support for the Commission since its inception.
He reiterated the overall objective of of the commission which is to give voice to the dump, sight to the blind, limb to the lame, ear to the deaf and relief to Persons with other forms of disabilities.

Lalu seized the occasion to applaud President Muhammadu Buhari whom he described as an exceptional leader who has demonstrated empathy towards the disabled community by establishing a Federal Government Order to cater for their needs.

The executive secretary spoke passionately about his recent engagement with the Federal Civil Service Commission and Federal Character Commission where he made a strong case for the unemployment of persons with disabilities.
He also mentioned the recent collaboration of the Commission with the Federal Mortgage Bank of Nigeria for providing affordable housing for the disabled community.

However, he lamented that over 30 million persons with disabilities did not receive the needed attention from previous administrations in Nigeria due to the huge gap between the government and the governed.

He therefore, called on the media and other stakeholders in Nigeria to partner with NCPWD in order to take the special community to its rightful place.

Lalu expressed the optimism that given equal opportunity, Persons with disabilities would aspire towards occupying political offices in Nigeria in order to make the desired difference