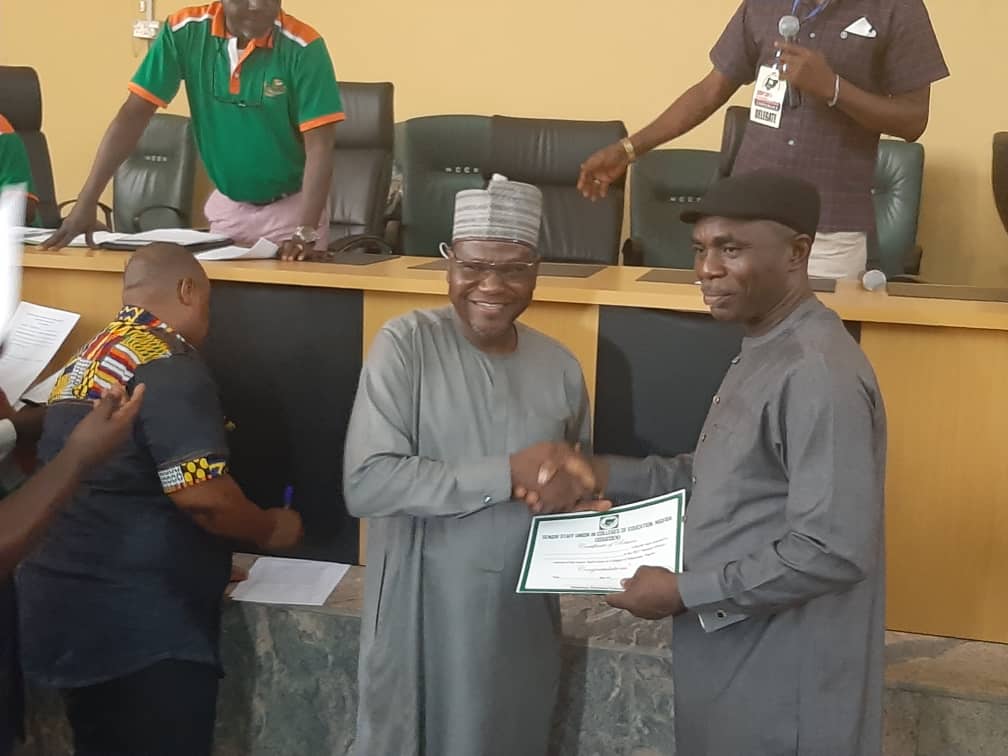 The Senior Staff Union of Colleges of Education in Nigeria (SSUCOEN) has re-elected Mr Danladi Msheliza as the National President to pilot the affairs of the union for the next five years.

The election of the new officers was conducted at the 2021 3rd National Quadrennial Conference of the union held in Abuja on Thursday.

Msheliza pooled a total of 195 votes to return unopposed as the National President.

Other executives are Olasan Adewole who returned as the National Vice President with 131 votes after beating his opponent Onyema Ogbusu who pooled 61 votes.

Also in the list are Zuwaira Anache who beat her opponent Orakwe Iyaosho, pooling 157 votes to emerge as the National Auditor of the union

Also, the National Publicity Secretary has one contestant, Daniel Mallo with 192 votes and Mr Vincent Akpobeme pooled 154 votes to emerge as the National Financial Secretary.

Aminu Awalu also pooled 193 votes unopposed to emerge as the National Treasurer of the union.

Msheliza pledged to run an all inclusive government where all zones would be treated fairly in line with its constitution.

“ I see this as a rare opportunity and I know that to whom much is given, much is expected.

“ It is a challenge that must be faced with vigor and I pray God to give me the grace to be the shepherd and look at your welfare, wellbeing and rights of the members of the 36 states and FCT.

“ I pledged to run an all inclusive government where all the zones will be fairly treated in line with our constitution. I intend to sincerely lead with almost fear and direction of God.

“ And I pray we work in united force and we pledge to improve on the journey so far. We shall pursue the rights of your welfare, wellbeing extant circulars and extant labour laws and achieve the dreams of our founding fathers,” he said. 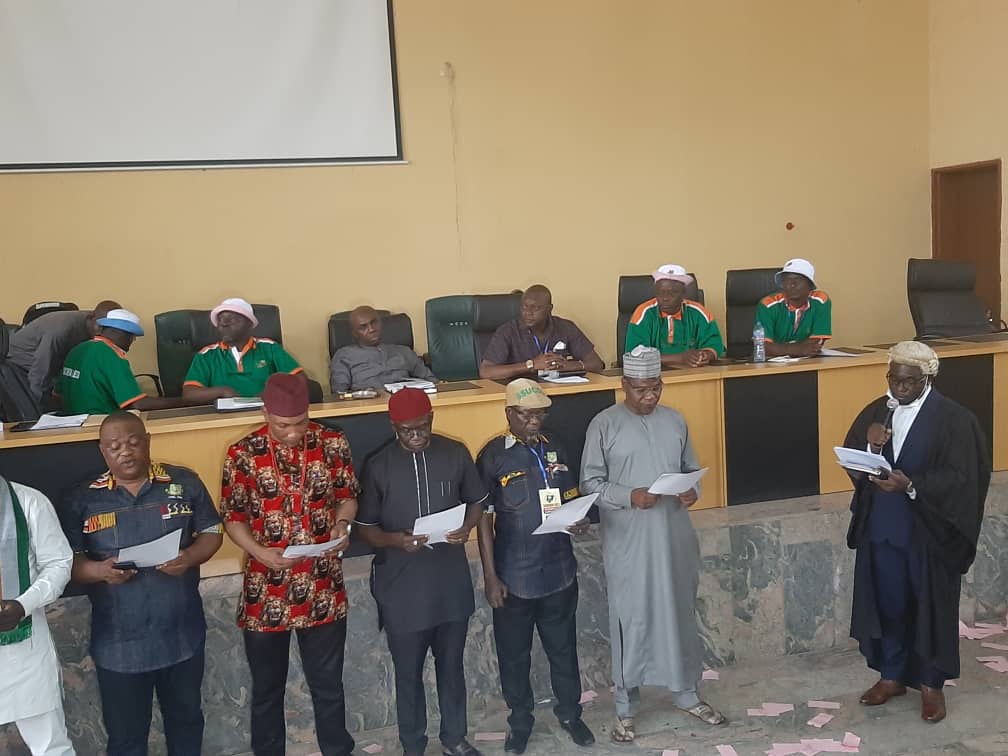 He, therefore, charged members to take the roles of teacher education seriously and as well put their best in their various work environment.