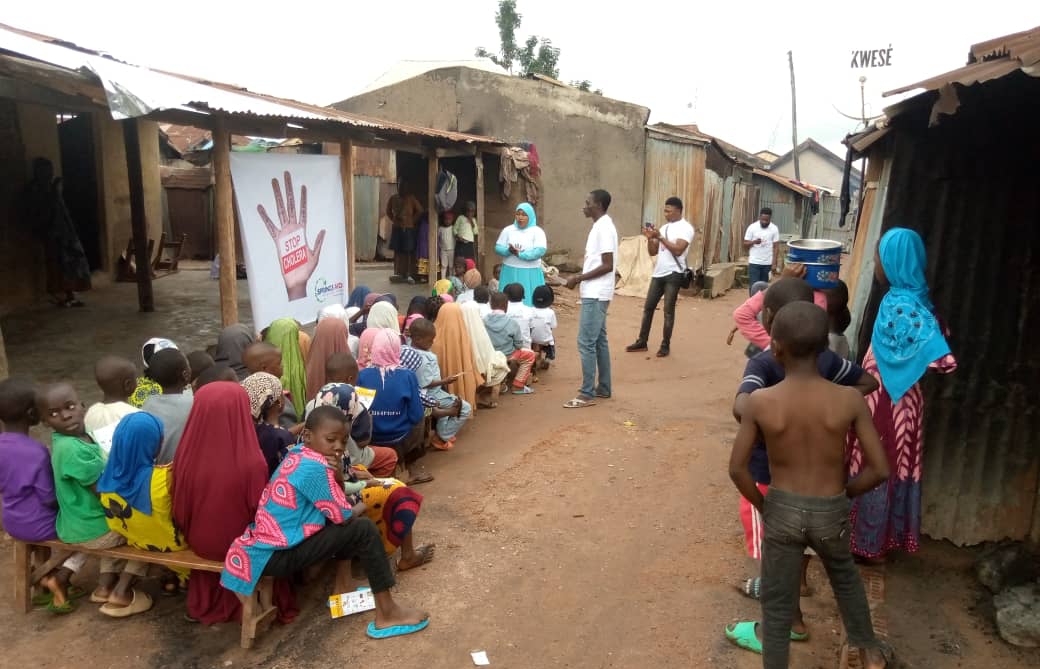 Cholera continues to ravage some communities in the country, Springs Aid Foundation has embarked on a door-to-door campaign to stem the spread of the disease in Bwari Area Council of the Federal Capital Territory.

Mr Kenneth Chima, the President of the Foundation, during the campaign on Monday in Abuja, told News Agency of Nigeria (NAN) that the essence of the campaign was to stem the cases of cholera.

He said Bwari Area Council of the territory was declared an epic Centre of Cholera in January.

“Over 69 persons have died due to cholera, with cases  exceeding 1000.

“So, we launched this door-to-door campaign to reach out to every community that is in Bwari Area Council and stem the green cases. We had a session with the children, then went for the door-to-door.

“We have reached over 150 persons in less than three hours. This is something we kick started today, and we shall continue the campaign.

“The target areas are those places that are suffering from deficit in terms of water usage; most of the areas we visited are the slums in the Council,’’ Chima said.

He explained that the areas did not have access to good drinking water, adding that there were many dilapidated suck aways and no proper drainage system.

Chima called on the government to collaborate with Non-Governmental Organisations to ensure that Cholera was stemmed out of the country.

“They can reach up to us, we are always available, because the more the collaboration, the more people we can reach and the more intervention programmes we can give.

“For example, some of the areas we visited, they just need common borehole. We saw a suck away that is almost gone and this is where everybody is using.

“So, these are some of the modalities that can actually make this campaign to be sustainable and bring an end to cholera outbreak, especially in the FCT,’’ Chima said.

The Nigeria Centre for Disease Control, in July, announced that 526 persons have died from cholera even as 22,130 suspected cases of the disease were recorded in 18 states and the Federal Capital Territory.

These are accumulated figures since the beginning of the cholera outbreak in 2021.