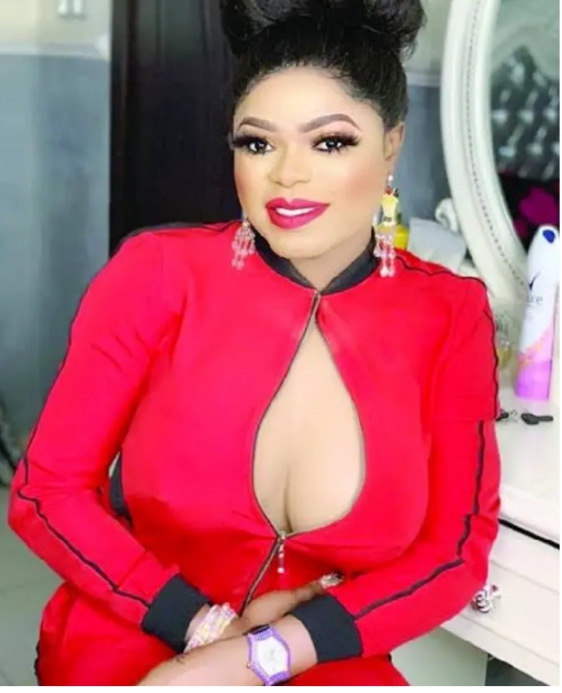 Okuneye Idris Olarenwaju aka Bob Risky has encounter another health challenge as he has been rushed to the hospital after experiencing pains on his buttocks as a result of the recent enlargement surgery.

Regardless of the risks involved, Bob Risky has decided to sacrifice everything in order to have a ‘banging body’ and look more womanly.

Anything could go wrong during the body enhancement procedure but Bob Risky said he is very brave and ready to take any risk even if it will cost his life.

After saving some money, Bob Risky decided to fly out of the country to Dominican Republic to go under the knife for his body enhancement plastic surgery.

He had been dreaming of havinga big backside for a while now, most especially after his role model, Nikita Dragun seems to be doing well after having his own total body transformation successfully.

He started the surgeries about a week ago and he has been talking about his experience at the hospital with his fanson social media.

It seems he had done the buttocks enlargement that he wanted but while waiting to get healed, he suffered a ‘massive pain’ about two days ago.

The 29 year-old Ogun born socialite suffered a massive pain around his hips and he had to be rushed to the hospital to receive treatment.