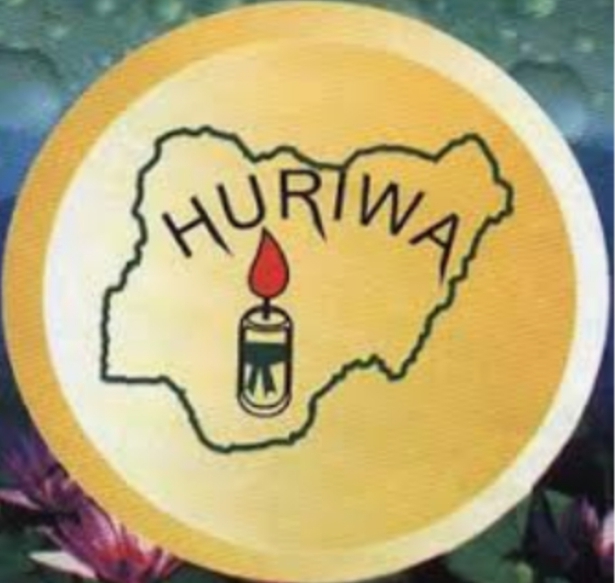 The group is worried by the expandingfrontiers of terrorism in the NorthWest and the unprecedented levels ofarmed kidnappings in Katsina, Niger,Zamfara States and the constantbombardments of parts of SouthernKaduna State by armed Fulaniattackers.

HURIWA raised the alarm that Nigeriawas snowballing into a hugeungoverned space requiring the jointactions of World leaders and theUnited Nations to stave off theimminent collapse of constitutionaldemocracy.

The rights advocacy group believesthat the reason the attackers werebecoming much more daring wasbecause of the toxic body language ofthose in control of the political layersof power in Abuja.

The group also noted that all this washappening because of the fact that allthe strategic security positions in theinternal security architectures wereheaded by persons who share sameethno-religious orientation with themajority of the armed terrorists whowere threatening the NationalSecurity and were getting away withtheir antics.

HURIWA said since Buhari does notbelieve in Federal Character in theappointment of security Chiefs andsince his persistent and serialnepotistic appointments in the last 6years has brought the nation to a nearfailed state, the next best option wasto plead with him in the name of Godto resign honourably.

HURIWA said “it will be morehonourable for President Buhari totender his letter of resignation if hestill loves to see Nigeria remainunbroken.”

The rights group said this in astatement by the NationalCoordinator, Comrade EmmanuelOnwubiko and the National MediaAffairs Director Miss Zainab Yusuf andmade available to DAILY POST onSunday.

The group regretted that since 2015″the nation has increasingly becomeone huge ungoverned space followingthe abdication of their constitutionalfunctions by the President and thecommander-In-Chier of the ArmedForces Buhari”, who, according to thegroup, “has rather chosen to focus onpromoting the primordial agenda ofhis religion and his Fulani Ethnicnationality to the detriment,disadvantage and endangerment of the territorial integrity and nationalsecurity of Nigeria.”

The rights group said the deeper causeof the national security crises facingNigeria is the absence of anindependent National Assembly since2019 when the lackeys of Buhari wereelected as the Senate President andSpeaker of the Federal House ofRepresentatives.

The Nigerian President at themoment has decided to fruitlesslychase after the private interest ofcattle owners who are his kinsmenwhilst neglecting his core function ofprotecting the territory of Nigeriafrom invasions by such armed.

HURIWA carpeted the presidency and the National Assembly for failing to take lasting and actionable measures to combat the terror attacks while condemning the President “for failing to officially list these armed Fulani Militias in those forests as terrorists and to seek clear, unambiguous international interventions by the United Nations and such nations like the United States, United Kingdom,Canada.”

HURIWA called on the National Assembly to move for the impeachment of President Buhari who can’t protect Nigerians from favoured terrorists named bandits’.

HURIWA said it won’t be shocking if the terrorists were able to take over the newly purchased Tucano military jets because the current administration was unwilling to wage a law-based war on terror against the armed Fulani attackers.