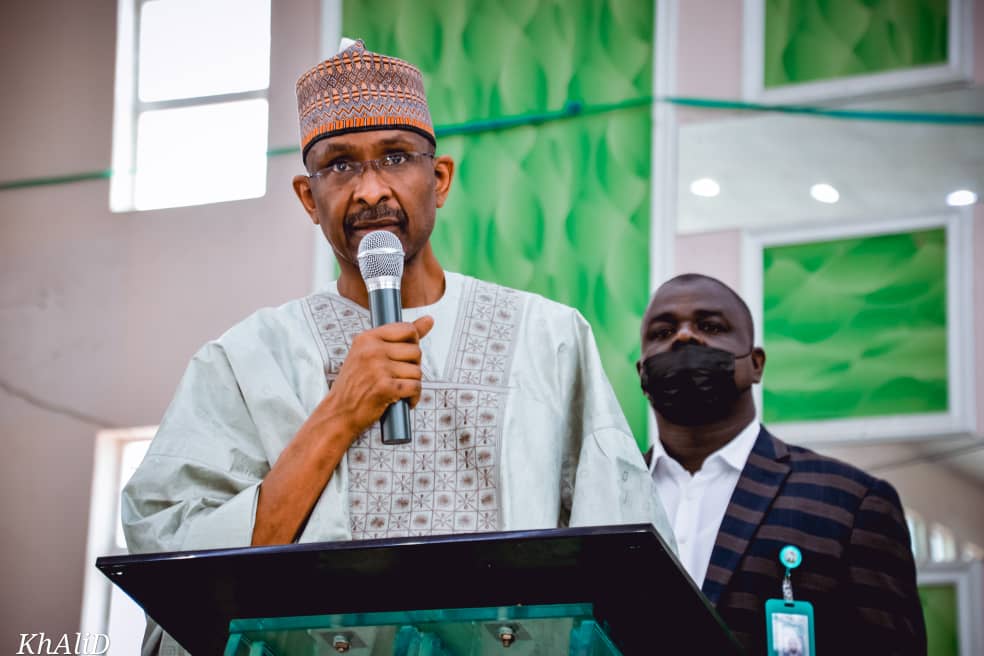 The Federal Government has engaged 320 Independent Monitors (IMs) for effective monitoring of the National Social Investment Programme (NSIP) in Kano.

This is contained in a statement on Wednesday by Mrs Halima Oyelade, the Special Assistant on Strategic Communication to Hajiya Sadiya Farouq, the Minister of Humanitarian Affairs, Disaster Management and Social Development.

Speaking during the distribution of tablets and engagement letters to the IMs,  Farouq, represented by Alhaji Bashir Alkali, the Permanent Secretary in the Ministry said the IMs in Kano State are among the 5,000 trained between February  to April 2021 when the nationwide training was held.

“The federal government has distributed tablets and engagement letters to 320 IMs, The devices to be used in monitoring the programme are locally made in Nigeria with an Application called the Social Investment Management Information System (SIMIS) designed by an indigenous company.

“Using this App, the Ministry sees real time activities  of the IMs on the  field, see reports submitted and the NSIP performance indicators state by state.

“This will help the ministry detect areas where there are challenges, and essentially help the Ministry to deliver on the mandate, to lift 100 million Nigerians out of poverty,” she said.

“The IMs are expected to monitor a designated number of beneficiaries of the NSIPs like the N-Power, GEEP, CCT and NHGSFP, and will be paid a stipend of N30,000 monthly,” Farouq said.

She, however, said that the IMs must  meet up to 80 per cent of the deliverables to get their stipends.

The minister further explained that the engagement letters articulated the scope of work for the monitors which include ; routine monitoring of NSIP in their assigned Local Government Areas  and provision of evidence based reports on findings amongst other things.

Farouq warned the monitors not to assign their responsibility to  third parties, stressing that each monitor will be held accountable by the Ministry in the event of any misconduct.

She congratulated and urged them to carry out the assignment with a sense of  patriotism, diligence and sincerity.

Responding, Gov. Abdullahi Ganduje, who was represented by the Secretary to the State Government, Alhaji Usman Gaya, lauded the Ministry for improving on the living standards of the citizenry.

Ganduje told the IMs to make good use of the opportunity given them to attain  greater heights.

Earlier the Focal Person of the NSIP in Kano, Baba Zubair, said the Programme was keeping with the visions of President Muhammadu Buhari to lift 100 million Nigerians out of poverty.

He added  that Kano State has the highest number of N-Power beneficiaries across the country.

Aminu affirmed that 119,000 household registered under the Conditional Cash Transfer Programme (CCT) in the State, and they received N5,000 monthly.

He appreciated the Federal Government through the Ministry for the kind gesture. (NAN)