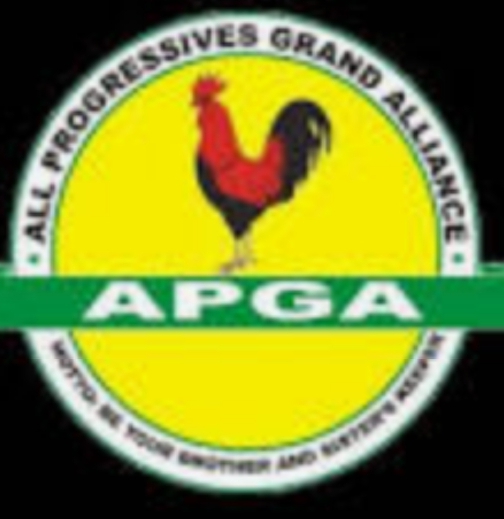 As political parties prepare for the June and July primaries ahead of November 6 governorship election in Anambra state, coalition of concerned citizens has called for a free and fair election of flag bearer in the All Progressive Grand Alliance (APGA).

Comrade Chuks Okafor, the converner of Save APGA Movement who stated this in Abuja yesterday, during a peaceful protest said it became necessary in order to save the party from clear and present danger that stares her bluntly in the face.

He said the activities of key political actors in the process in the run to the entire process of electing a flag bearer for the election raises enough reasons for concern and worry, and to a very great extent have cast aspersions to the integrity of the upcoming primary election.

According to him, “Just few weeks backs, a former National Chairman of the party and an incumbent member of the BOT of the party publicly endorsed an aspirant in the said election.

“Then some few days ago, a stakeholder of the party in Awka South LGA gathered party men and women in another endorsement ceremony for the same candidate and to our surprise publicly states that the National chairman of the party had told him in the presence of a serving commissioner in the state that the said aspirant has already been decided to fly the flag of the party at the forthcoming gubernatorial election.”

He therefore, demanded that the party must conduct free and fair primary election which must be seen by all and the ward chairmen, ward secretary, ward youth leaders and ward women leaders should be automatic delegates at the governorship primary.

Okafor further called the national chairman to take urgent and drastic steps to halt the ongoing intimidation, coercion and harassment of party members into unwillingly endorsing a particular aspirant with a dwindling political prospect.

Responding, the deputy national chairman of APGA, South, Chief Uchenna Okoguo assured the protesters that the party would ensurw transparency in the nomination process.