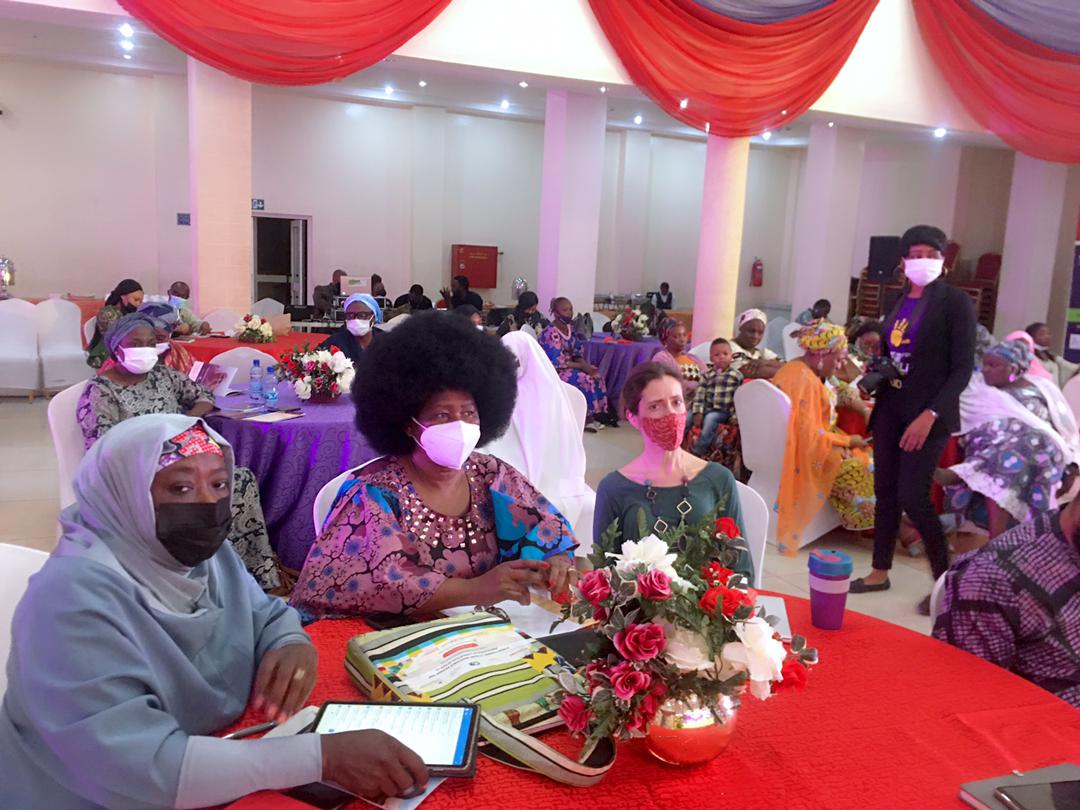 Mrs Ene Obi, the Country Director, ActionAid Nigeria has called for the unity of Nigerian women to end Gender Based Violence (GBV) in the country.
Obi said this in Abuja on Friday at the end of Project Learning and Dissemination meeting on Women-Led Integrated Protection Action Against Gender-Based Violence (WIPeE-GBV) project.
She expressed worry over the silence culture of women toward GBV cases, saying “the society is not protecting its citizens’’.
She lamented the pace at which GBV cases were withdrawn from the court, while calling on stakeholders to rise above GBV in the country.
“On Dec. 8, 2020, ActionAid Nigeria in partnership with Foreign Commonwealth and Development Office (FCDO) officially launched a five-month project targeted toward protecting the rights of women and girls from GBV exacerbated by COVID-19 in Edo, Niger and Adamawa states.
“ The implementation of this project gave us better insight into the unique context of addressing violence against women and girls amidst pandemic, especially in conflict settings.
“We have been able to get to the communities and bring out a lot of cases on GGBV. It is an overwhelming episode this time because of the increase in violence occasion by COVID-19.
“ There is a lot of mobilisation in some of those communities and more cases are being held while some of the cases are being done.
“What is of concern to us is the culture of silence. The society is not protecting its citizens because we are not very happy that some cases were withdrawn from court,’’ she said.
Obi called on women to rise up as the 2023 election drew near to take their position to completely eradicate GBV in the country.
Mrs Fatima Kakure, the Special Assistant to the Speaker, House of Representative on Gender Equality and Social Development, said there were huge gaps in services that survivors needed.
Kakure identify the gaps as provision for protection, especially within the police and justice system which were unaffordable, inaccessible and stalled over time or of low quality.
According to her, relevant authorities are hindered by low capacity in addressing the issues for example, lack of evidence, interest and knowledge of how to handle these cases.
“ Corruption and demands for bribes in events that survivors are disadvantaged, discrimination and social norms that transfer blame the survivor rather than the perpetrator, resulting in settlements outside of court.
“This is owing to the lack of capacity and skills in handling the issue.
“The Speaker of the House of Representatives in his obligation to deliver institutionalisation of coping strategies and Access to Justice for survivors of Victims of GBV had convened an advocacy meeting with the Conference of State Speakers.
“This is to advocate the domestication of the Violence Against Persons Prohibition Act 2015, and we are happy to note that the outcomes since that engagement has been the additional domestication in nine other states, ‘’ she said.
She, therefore, commended ActionAid, FCDO and partners for continuing to accelerate pragmatic approaches in tackling the cross-cutting issues of GBV through multiple initiatives such as the WIPE-GBV which had affected the most vulnerable groups.
In the same vein, Dr Ranatu Hassan, the great granddaughter of Queen Amina of Zaria commended ActionAid for taking the lead in eradicating GBV across the country.
Hassan was worried that parents contributed to not allowing victims of GBV get justice for wrong melted down on them.
She prayed the project be extended to accommodate many other girls and women experiencing GBV whose voiced had not been heard.
Meanwhile, the Minister of Women Affairs, Mrs Pauline Tallen said that the ministry was working to ensure total elimination of GBV in the country.
Tallen, represented by Mr Femi Alaka, a Director in the ministry, stressed the need for the sustenance of such programmes, noting that the ministry had established the inter-ministerial committee to address issues around GBV.
The News Agency of Nigeria (NAN) reports that the programme within the five-months of its launch had benefited 1,133 with protection support services for survivors of violence in the country.