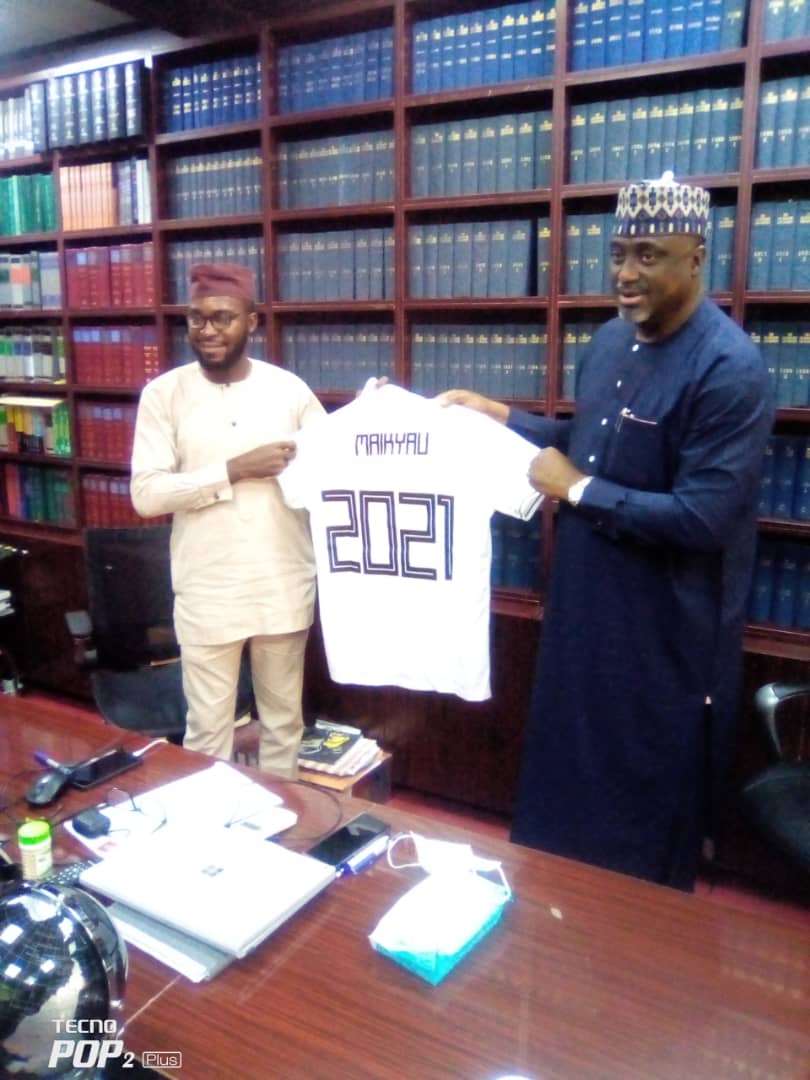 The Abuja Lawyers League (ALL), an annual football competition, will begin on May 15, according to the organisers.

The News Agency of Nigeria (NAN) reports that the competition is aimed at cresting an environment for lawyers to socialise outside the courtrooms.

The chief host of the 2021 ALL, Yakubu Maikyau, said he would work with the organisers to achieve their objective of holding a very remarkable event.

“We accepted to work with them on plans they already had, to ensure that they achieve the set objectives in 2021.

“We will continue to support and partner with them. I can see from the summary of what they have achieved since 2017 and the story has been from one level of progress to another,” he said.

Maikyau noted that sports provided a platform for better interaction among colleagues, and “it is one moment we put all our differences behind, especially in football.”

” In it, there is no religious sentiment and ethnic bigotry. All the prejudice that seems to divide us are consumed with our interest in sports,” he added.

Maikyau who is a Senior Advocate of Nigeria (SAN) explained that sports fosters unity and cooperation and offered citizens an opportunity to contribute to the growth of the nation.

The competition chief host also urged Nigerians to change their lifestyle and engage in regular exercising to achieve physical fitness.

He disclosed that he had participated in medical outreach and partnered with South Americans in collaboration with the Nigeria Medical and Dental Council.

“They deploy their personnel who volunteer in medical outreaches together with doctors and nurses from the University College Hospital Ibadan,” Maikyau said.

He commended the Kebbi Government for their collaboration and support, saying they would extend the medical outreach across the state.

“This is an opportunity and my colleagues and I will be part of it.”

Speaking earlier, Olujimi Olujide, the Principal Head of members of the competition’s Organising Committee, appreciated Maikyau for his gesture.

He further praised him for also deeming it fit to be their host this year.

“The media conference/official unveiling of the host is to formally communicate to the world that this year’s competition is named after the host, Maikyau,” Olujide said.

He added that the idea of ALL was conceived in 2017 and that it had grown exceedingly among lawyers in Abuja and the country in general.

“In 2017, it started with six teams with the coming together of 30 persons.

He explained that the last event was remarkable due to the ground-breaking achievement of the first Abuja Lawyers League Gala/Awards Night, where prizes were presented to players and sponsors.

The official noted that the lawyers’ league was a platform for lawyers to interact and get in touch with the reality of all they had, in terms of help and sports activities.

Olujide said the plans to have medical outreach for lawyers was quite necessary.

He disclosed that the medical team that would offer certain level of free medical services and advice to lawyers would be a great development.

” Also, as part of our corporate social responsibilities as a football organisation, we have gone to the Internally Displaced Persons (IDPs) camp at Durumi to donate some relief materials and we intend to do more.”(NAN)