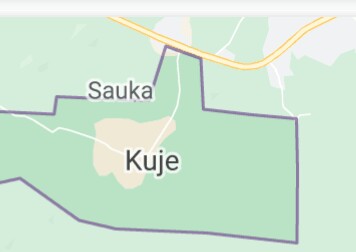 Kango community in Kuje Area Council, FCT, under the umbrella of ‘GBUSU GBARI UNITED SUPPORT UNION OF NIGERIAN’ have alleged that allocation of land to alottees and developers are done without due process and proper compensation to residents in the area.

Mr Dikko Zephaniah, President of the association in a press statement on Tuesday, described the situation as worrisome and called on the Gomo of Kuje, HRH Alhaji Jibrin Tanko for quick intervention.

Zephaniah said the land of Kongo community has been allocated to allottee without indicating that there are communities already in existence in Kuje.

According to him, the land act has mandated that 500 meters circumference must be set aside as a set-back for expansion of communities before commencement of allocation papers.

“We the above named union, on behalf of the Kango Communities in Kuje, under the traditional leadership of Chief Yuhana Dogo as a peaceful and law-abiding citizens of Kuje Area Council and under the Gbari United Support Union.

“We hereby address this save our soul SOS letter and petition to your exalted office for speedy intervention before some unscrupulous elements decide to take the law into their hands and undermining the rights, history and traditions of land acquisition in FCT and Nigeria which could result into breach of peace in the Area Council.

“Meanwhile, the land act has mandated that 500 meters circumference must be set aside as a set-back for expansion of communities before commencement of allocation papers, but reverse is the case and this communities were in existence even before the amalgamation of Northern and Southern protectorate 1914 and the allocation was allocated to the allottee 1999 or 2001.

“The worst of it is that most of the allottee are using Police Kuje division to oppress our customary right; a case study of one Mrs Grace Iwenyi Odonola who came with Kuje Police led by officer Barnabas threatened intimidated and detained our chief.

“But he withstand the predicament after which he was released, the case was referred to Area Commander. He was also detained and the IPO demanded for One Hundred Thousand Naira before granting him on bail.

” According to the Police, the Area Council land office wrote to them that the land belong to Mrs Grace Iwendi Odonola.

“The Area Council land office came to our community led by one surveyor to review and redesign for the community expansion which we made the video coverage of the exercise so we are waiting for the feedback of the exercise.

“We are law abiding citizens and we cannot take law into our hands, that is why we are reporting the matters to your office for discrete investigation and action.

“Presently, Gbezhr/Tondo community are facing the same problem. Their burial ground is being allocated to hydro company being represented by Joshua Aiyenigba, which we are foreseeing another level of intimidation because the community are objecting it that the land is for the community expansion,” he said.