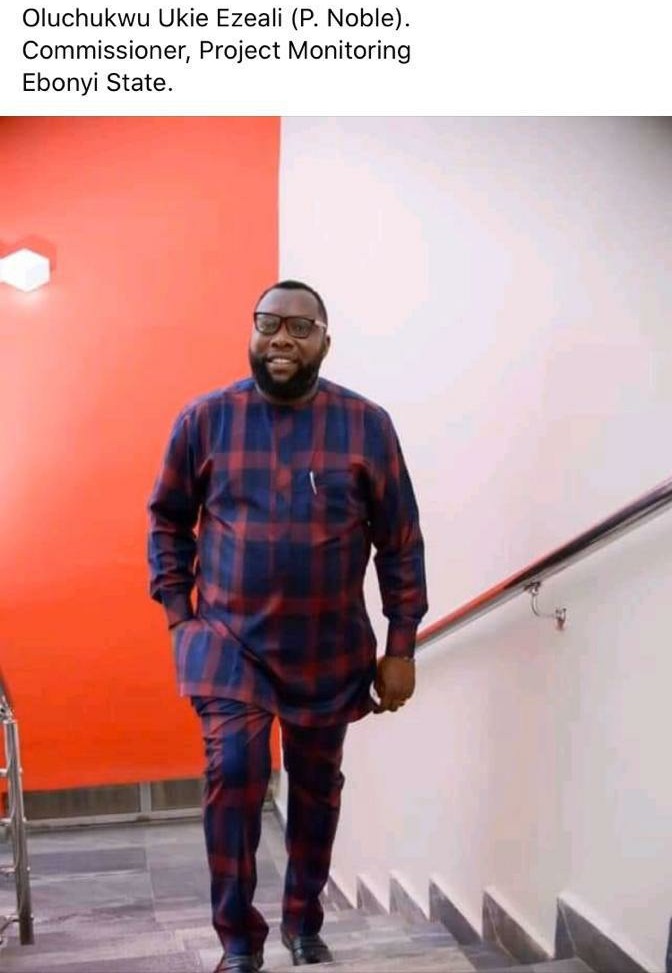 The Commissioner for Project, Monitoring and Evaluation in Ebonyi, Chief Ukie Ezeali, has shared over N3 million cash, 400 bags of rice, and 100 wrappers to needy in communities.

Some of the beneficiaries including elderly people, widows, disabled, patients and traders of Itim and Ehugbo.

Ezeali in an interview on Sunday said he was following the examples of Gov. David Umahi in touching lives positively by reaching out to as many families as possible this yuletide

“I don’t think I am doing anything extraordinary as I am just following the footsteps of my boss, His Excellency Chief Engr. David Umahi who has the milk of kindness running in his veins.

“This yuletide, I can say that more than 1,000 people were touched or reached in one way or the other, either with my gift of money, cash, wrappers or what have you.

“There is something many people don’t know about giving; the blessings from God, which comes from giving to the less privileged, are immeasurable.

“When I look at the smiles from the faces of people I reached out to and the prayers they say to God on my behalf, I feel immense joy,

“This is because God blesses me through the prayers of those I come in contact with.

“My wife too has been supportive as she equally gifted over 100 wrappers to widows, in addition to the money I provided.

“I have in mind to do more for people as the days go by, including the payment of hospital bills for the sick, because it is their prayers and blessings that have been seeing me and my family through in whatever we do, be it business or politics.

“I will also implore other wealthy men to cultivate the habit of uplifting the less privileged anyway they can, because God will also bless them when they remember the poor.

“Above all, I give thanks to God and Umahi for making it possible to celebrate this year’s yuletide in peace and harmony and I know that 2021 will be better for all of us.

“Those we couldn’t reach should be patient as many more goodies are on the way, thanks to Governor Umahi.” Ezeali said.

The commissioner distributed N10,000 each to more than 50 families of Afikpo extraction.

The commissioner said no fewer than 100 people were randomly given N2,000 each, either at home, market or on the street.

According to him, over 50 members of All Progressives Congress (APC) in Itim Ward were given gifted items from house to house.

Ezeali also shared N100,000 to Itim elders, including the Horii, Onikara, Ekpuke Essa and Ekpuke Eto, a gesture he replicated with the Ehugbo traditional council of elders, with youths also receiving cash from him.

Similarly, not fewer than 100 Facebook account holders were given airtime of different denominations and networks by the humanitarian.

On the solar light he fixed in different parts of Mgbom community in Afikpo North Local Government Areas, he said it was to prevent crimes usually committed under the cover of darkness.

According to him the light is to enable a crime free yuletide in the community, assuring of adding more solar lights to other neighbouring communities.

A sick widow, Mrs Ugonma Oko who also benefited from the gesture of Ezeali prayed God to continue blessing the commissioner, in order to continue remembering the less privileged.