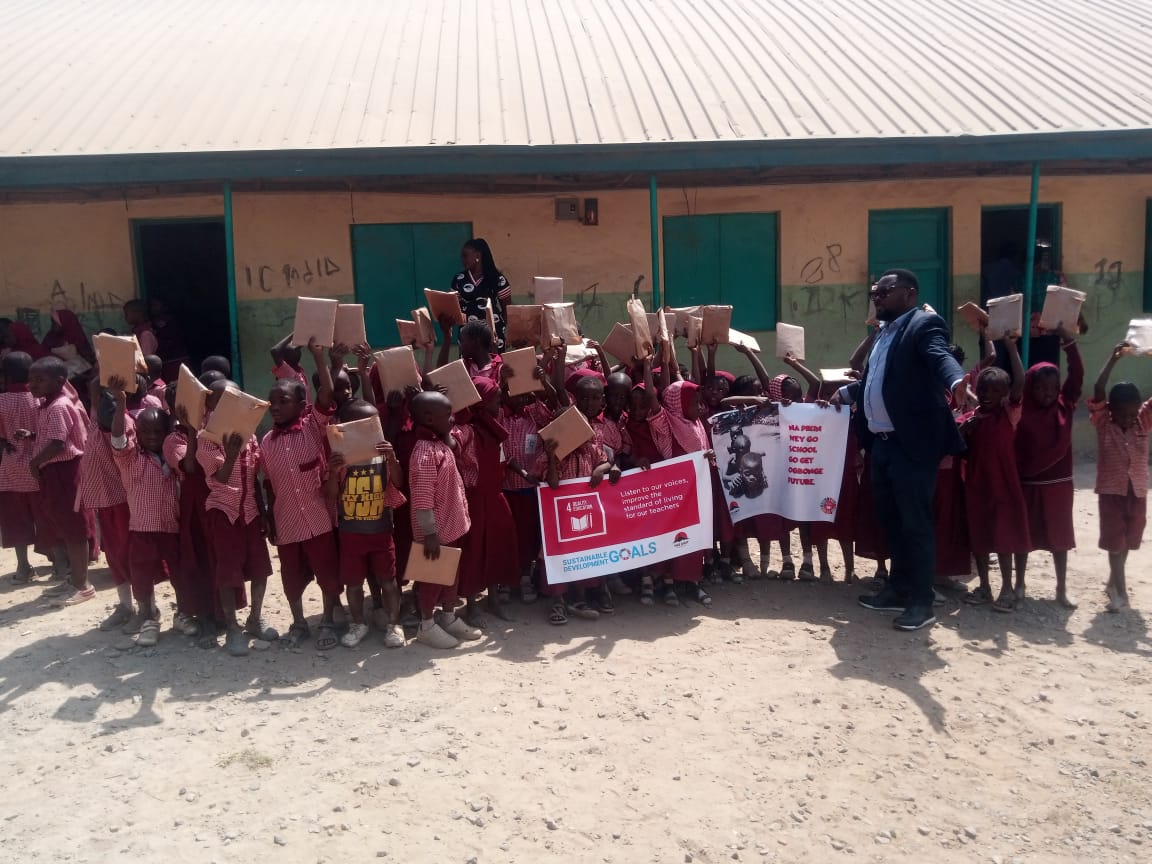 The Unit Hiking Group, Abuja, a Non-Governmental Organisation (NGO), on Wednesday, donated writing materials to vulnerable children at the Mpape primary school, in Bwari local area council of the FCT.

Speaking at the event, the NGO, Comrade Olamide Oni, said that the donation was to commemorate the 2022 World Education Day.

Oni added that the idea was part of the social responsibility of the group to give back to society and to also remind government that investing in education would drive the growth of the country.

According to Oni, “World Education Day, which started in 2018, is celebrated every year on January 24, the Unit Hike group is a social group committed to social activities.

“This group is also committed to fitness and general wellbeing of people and to its members, through different sporting activities. This year’s theme of the world education day is ‘changing course, transforming education.

“We, as a group, thought it wise to remind the government that one of the best investments we can make as a country is to invest heavily in education.

“We need to transform education and make sure every child has access to it in our country,” Oni said.

Mr Akor Francis, the Head of media for the group, stated that the donation was advocacy by the NGO to remind the government to bridge the gap in education and to discourage dropping out of school by children.

According to him, research had revealed that over 10.5 million children were out of school in Nigeria and that the donation was to encourage those who had dropped out to go back.

He further said that all the policies government had put in place to promote the education of all must be put into action, and not just mere paperwork.

Akor said that the NGO, as a hiking group, was determined to see improvements in education, pledging that the group would come back to Mpape primary school to do more for the pupils.

Responding to the donation, the Headmistress of the school, Mrs Habiba Musa, thanked the visiting group for their generosity and solicited more in form of a physical structure.

“We thank you people, for coming, as you continue to put smiles on the faces of these vulnerable children, God will put a smile on your faces too.

“God will remember you all; we are soliciting that you people should do more. We need a physical structure that the upcoming generation would see.

“The book you shared will finish, but physical structures would be there forever.

“My advice to the children is for them to read hard and become relevant in society,” she said. (NAN)