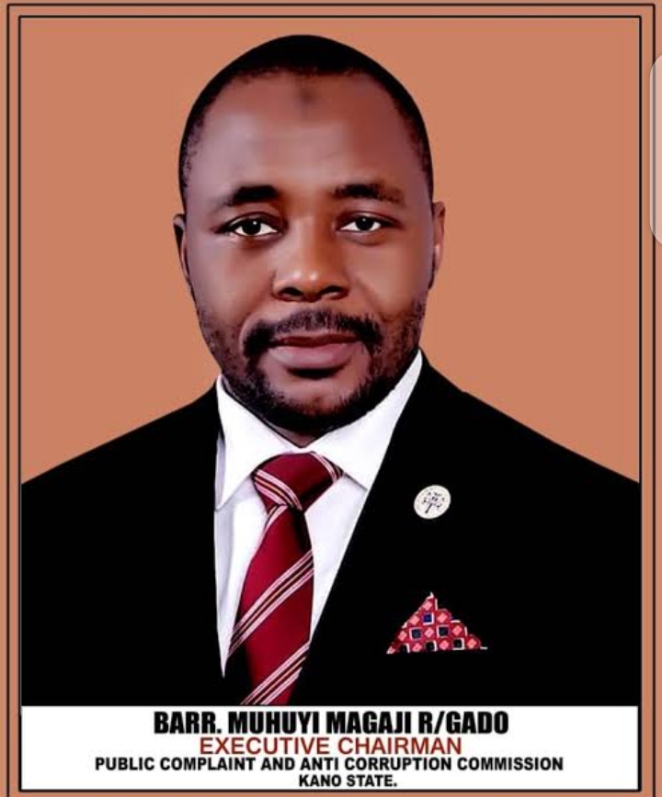 The embattled Chairman of the Kano State Public Complaints and Anti-Corruption Commission, Muhuyi Magaji has said he was unable to appear before the State of House of Assembly due to an undisclosed medical condition.

The Kano State House of Assembly had invited the suspended anti-graft boss to appear before its ad-hoc committee investigating a petition against him on Wednesday July 14, 2021.

Magaji who spoke to journalists on Wednesday in Abuja, however, insisted that that his suspension by the lawmakers was done out of malice, saying he was never giving a fair hearing.

Recalled that the lawmakers had earlier suspended the anti-graft boss for one month over alleged rejection of an accountant posted to his commission by the office of the Accountant-General of the state.

Magaji noted that the letter inviting him was dumped at his residence on Monday while he was away on a medical appointment at the national hospital, Abuja.

He added the letter sent to him did not provide details of the said petition against him, demanding that the lawmakers furnish him a Certified True Copy of the petition for a proper response.

“The fact on ground is that this is a premeditated action against me. On the letter of invitation sent to me, they said they were inviting me based on complaints against me when “I was the then chairman”. They did not state the so-called complaints. So on what ground are they inviting me to defend myself?”, he stated

“The house suspended me and after that, they asked me to hand over myself for investigation which I did. But after three days, someone else was appointed to the position.

“In the letter of invitation sent to me, the lawmakers seemed to have acknowledged the fact that they have replaced me as chairman of the agency.

“It is unfortunate that they did not listen to me nor do they confront me before taking that action. The lawmakers just decided to act on a petition and singlehandedly suspend and removed me from office.

“Yes, the state assembly they have the power to investigate and expose corruption or any wrongdoing but here we are dealing with a case of premeditated action plan. What we found out is that my invitation to the State House of Assembly on Wednesday is part of plans to not only disgrace me but also paint a bad picture of me before the good people of Kano.

“They should give me the details of the petition and allegations. Also, they should make available records of the house proceedings that removed me from office so that I we will know the true picture of what transpired.

“If the lawmakers want me to truly defend myself, they can’t just invite me to the house without telling me the allegations against me. I have worked for six years at the commission, hence I need to know the basis on which I was invited”, he said. (NAN)