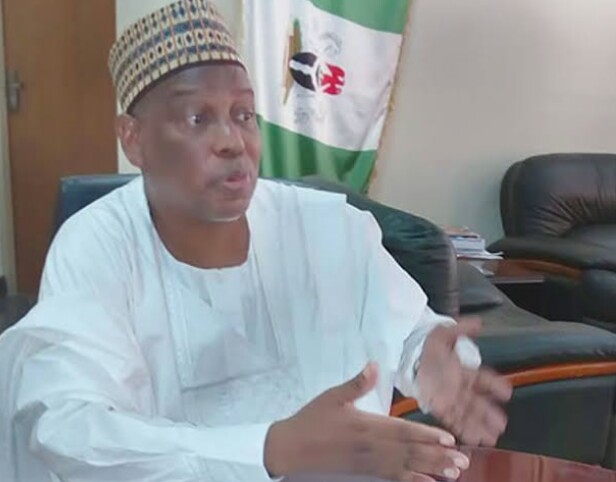 The Executive Secretary, Universal Basic Education Commission (UBEC), Dr Hamid Bobboyi, has appealed to stakeholders to join hands with Federal Government in strengthening the quality of teaching and learning at the basic level of education in order to ensure thatgraduates are globally competitive.

Bobboyi made the appeal in a statement by the commission’s Head of Public Relations and Protocol, Mr David Apeh and made available to newsmen in Abuja on Sunday.

Bobboyi said even though the year 2020 was very challenging as a result of COVID-19 pandemic that led to lockdown of the country including closure of schools for the most part, the commission worked hard in many areas including support for provision of e-learning and other response to the pandemic.

He said the commission in realisation of the importance of teacher in the provision of quality education, designated 10 per cent of the entire amount that was received from the Consolidated Revenue Fund for Teacher Professional Development through the States Universal Basic Education Boards.

“We remain the biggest teacher development agency in the country; not even the National Teachers’ Institute or any other agency.

” UBEC’s 10 per cent of the entire amount that is received from the Consolidated Revenue Fund is designated for Teacher Professional Development through the States Universal Basic Education Boards.

” That is something that is very important for us to realise that we pump in a minimum of N10 billion every year for Teacher Professional Development in this country,” he said.

He noted that it was essential for the teachers to be trained professionally, hence the need added to give priority to quality of teaching.

According to him, one of the major challenges is getting qualified teachers to teach the children in the country and the Federal Ministry of Education is trying to address this.

He noted that the 2018 National Personnel Audit (NPA) report on Public and Private Basic Education Schools in Nigeria revealed that Nigeria has shortage of 277, 537 teachers.

“Our hope is that with the current reforms that are being put in place where you attract the best candidates into the teaching profession and compensate them adequately, the narrative will change.”

On instructional materials, the Executive Secretary said the quality of resources to teach played vital role in achieving quality education, which he noted that UBEC voted 15 per cent of the entire amount received from the Consolidated Revenue Fund annually to purchase of instructional materials distributed to schools.

He said the expectation was that state governments would complement this effort by acquiring textbooks for their own schools especially textbooks in key subjects.

On the issue of equity, the UBEC boss said the Commission had been working on how to see that those children who are left on their own or whose parents have not been able to fund their education and those with special needs were accommodated in the school system.

According to him, two per cent UBEC funding goes to special needs education, which is about N2.1 billion each year that is disbursed to states.

While acknowledging that the money was small when compared to the number of children with special needs, he lamented that most often the usage of the money by states were not strategic to make a difference.