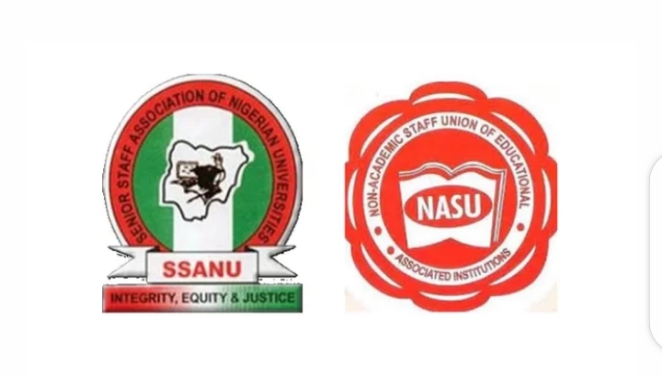 The unions in a statement by SSANU National President, Mohammed lbrahim and NASU General Secretary, Peters Adeyemi, said this on Thursday.

Recall that the unions had announced that they would embark on a nationwide strike from February 5, 2021 over the Federal Government’s handling of the Integrated Personnel and Payroll Information System, sharing formula of the N40bn earned academic allowances and non-payment of arrears of the new minimum wage, among others.
In a bid to stop the strike, the Federal Government met with the leadership of the unions but the meeting ended in adeadlock on Tuesday.

The unions said five of its demands havenot been attended to by the Federal Government.

The statement reads partly, “In view of the outcome of the meeting, the leadership of JAC of NASU and SSANU at the branches are hereby directed to commence joint general meetings on Friday to give reports on the outcome of the conciliation meeting and pass resolutions on the way forward.

“In the meantime, the nationwide striketakes effect from 12 midnight, Friday,February 5, 2021, pending any contraryresolution by the branches.”