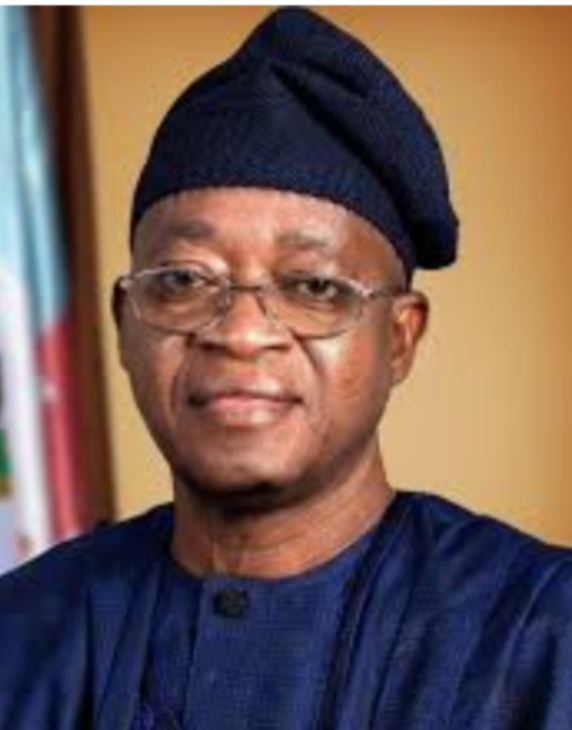 An Osun-born academic researcher and thought leader – Ayotunde Adeloye – has called on Governor Adegboyega Oyetola of the State of Osun to uphold the recommendations of the State’s Accountant-General on the frauds allegedly perpetrated by the Bursar of the Osun State College of Education, Ila-Orangun, Dr. Olanrewaju Oyedeji.

It would be recalled that the state AG, Folorunso Adesina, had accused the Bursar of the College, Oyedeji, of alleged fraud and inconsistency in the financial reports, asking the state government to declare a state of emergency on the Bursary Department of the college.

The recommendation of the office of the Auditor-General was hinged on the audit carried out on the institution covering a statutory review of 2016 to 2019 financial statements of the college and the auditing of the period between January 1, 2019, and November 30, 2021.

In the report submitted by the AG, it alleged: ‘’With the gross financial irregularities observed in the accounts of Osun State College of Education Ila-Orangun as duly established by the provision of the Financial Regulation and other extant Laws, the state government is hereby advised to declare a state of emergency on the Bursary Department of Osun State College of Education Ila-Orangun since the Auditor-General has uncovered major irregularities perpetrated in the college accounts. Moreover, the 2018 and 2019 financial statements of the college are unreliable because they do not show the true and fair view of the state of affairs of the college.

Adesina also issued a 21-day ultimatum to the Bursar to refund missing fund in the college coffers or face the full weight of the law.

According to a letter signed by the Auditor-General dated 14th March, 2022, addressed to the Provost of the College, Adesina alleged that the Bursar committed financial misconduct and infraction which resulted to missing funds to the tune of Four hundred and twelve million, three hundred and fifty-nine thousand, nine hundred and two naira, ninety-seven kobo only (412,359,902.97) from the College coffers.

The Auditor-General also alleged that the Bursar concealed certain documents that would have reveal more missing fund and advised the Bursar to produce the concealed documents before the ultimatum elapsed.

The Auditor-General said “It is my strong opinion that Dr. Rasheed Olarewaju Oyedeji, the Bursar of Osun State College of Education, has committed financial misconduct and infraction which have resulted in huge loss of fund to the state government.

He added: “The audit is of the opinion that release of documents as required will expose more losses and irregularities.”

“In line with Financial Regulation 3702, the Bursar has the opportunity of 21 days within which to refund all the funds and make available the demanded records, failure of which the full weight of the law will be brought down on him.”

Speaking on the allegation, the political enthusiast and governance activist, Mr. Adeloye, decried how the matter is being handled by Governor Oyetola.

Adeloye further reiterated: “The allegation is one of the burning issues that needs utmost attention of Governor Gboyega Oyetola to clear himself from the widely circulated rumours that the said Bursar is untouchable and unstoppable because he is a special adopted brother to a former Governor of the State, and by extension to Mr. Governor.”

“Why is Governor Gboyega Oyetola watching an ordinary civil servant go on squandering tax-payers money with reckless abandon unchecked despite the established case against him by two different teams of auditors? Why is the APC government pampering embezzlers?”, he wondered.

The Amnesty International member and good governance advocate maintained that a financially broke state like Osun cannot flourish if parasites that eat money remain in her service. He further stressed: “The time to act is now, and the state governor must commit to implementing the findings and recommendations established by two different teams of auditors against the Bursar of Osun State College of Education, as a hallmark of Mr. Governor’s legendary asceticism, piety and love for justice and accountability in line with Article 7-11 of the UNCAC, a treaty Nigeria is party to, which stipulates actions and obligations that states should carry out to prevent as well as prosecute corruption in the public sector.”

The budding international scholar and polyglot also recalled that a similar event happened to the former Bursar of the same institution, and instead of bringing the man to book, he was transferred to another citadel of learning and moving freely without being investigated.

He therefore called the state governor to take drastic steps on the matter.

“There are some government institutions in Nigeria that run the day-to-day activities of their schools with their school’s generated income, at least, this is capable of easing the burden on the government.”

“It is now important to call on Mr. Governor to take a drastic step on this matter by upholding the recommendation of the Auditor General and suspend Dr. Oyedeji to give room for a fair and independent re-audit of the College. The Auditor General of the State has not been able to adequately capture audit assessment for the College for 2019 to 2021 due to the refusal of the sitting Bursar to release appropriate documents for the thorough audit financial years in question.

“A financially broke state like Osun cannot flourish if parasites that eat money remain in her service.”, the political thought leader stressed.