Ungoverned spaces is bane of attacks on schools, says expert 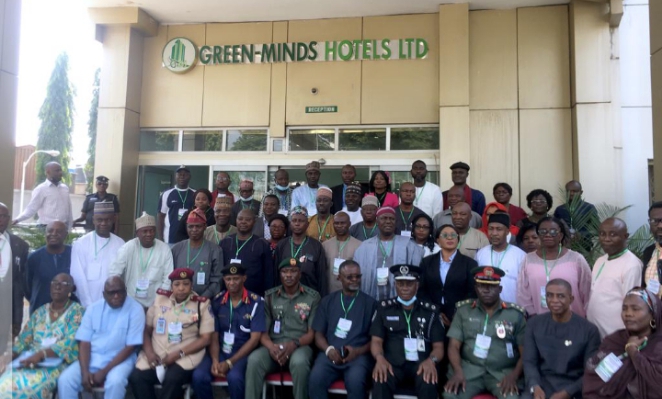 A former director from the Directorate of State Security (DSS), Mr Abayomi Zamba has said that ungoverned spaces had remained the bane of attacks on our institutions of learning.

Zamba disclosed this at the 7th Annual Safe School Consultative Conference of Education and Security Leaders in Abuja on Tuesday.

He said that it was therefore important for stakeholders to take responsibilities in ensuring that all institutions of learning are properly and adequately secured.

He said that most of the recent attacks on schools was because security architecture was not put in place to secure the schools.

He, therefore, said that it was everybody’s responsibility, including parents and the students themselves to secure their learning environment.

Also, the Chief of Army Staff, Lt.-Gen. Faruk Yahaya, commended the organiser of the conference, saying the conference would create a conducive avenue to engage with security agencies to provide workable ways to secure our schools.

Yahaya, who was represented by the the Acting Director, Veteran Affairs, Brig.-Gen. A.M Adetuyi, said that every stakeholders must invest in the security of schools.

He said that there was need for everyone school to have security policy that would ensure the security of a secured environment.

“ A school should not be standing alone in the wake of recent school security breaches.

“ Proprietors must take cognizance of the prevailing security situation in managing their schools or establishing new ones,” he added.

Marwa, represented by Mr Ibrahim Idris, a director in the agency said stakeholders must be involved in order to achieve more results in the determination to make the schools and by extension the country a drug free nation.

“ The increasing national rate of drug abuse by our youths, illicit drug trafficking and related crimes threatening the security of our dear nation is worrisome.

“ Most crimes like kidnapping, terrorism, cultism, sexual abuse, banditry, armed robbery, insurgency, militancy and so on are induced by the consumption of illicit drugs.

“The task of building safe school environment is therefore a collective responsibility which stakeholders must be actively involved,” he said.

Mr Ike Onyechere, Founder, Exam Ethics Marshals International (EEMI) thanked security agencies and the media for their roles in bringing propagation to the solutions to the country’s challenges.

Onyechere said there was need for security experts to come together to address the security challenges in the schools saying that absence of team work was hindering successes in the sector.

“ We know that we have a lot of initiatives like the safe school declaration , safe school guidelines but we need an initiative that will have an impact.

“After this conference, we are going to assemble the presentations by various key stakeholders and bring out the core lessons.

“ We will circulate lessons learnt to the various educational ministries, agencies and institutions and make sure that the initiative gets to the grassroots where students will be able to know what to do in terms of preventive mechanisms,” he said.