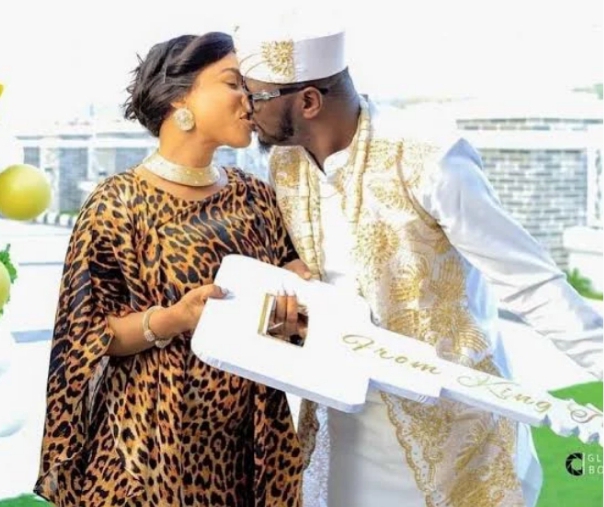 Prince Kpokpogri has gone on Instagramn to take swipe at his ex-lover, Tonto Dikeh.

He claimed the 36 year-old actress is trying to do to him what she did to her ex-husband, Olakunle Churchill.

He said: “A woman, you rubbished the first man you married, you think you can play the same game with me.”

Kpokpogri  went on to accuse the actress of taking his Lexus worth over sixty million naira after they broke up and refusing to return it.

He said: “You went to go and park myLexus, a car that I bought for 67 million, in your compound, feeling that you’re bigger than the law.

“if you’re bigger than the law then me, I will equally break the law,” he said.

However, Kpokpogri refuted the allegations that he was arrested by the DSS after Dikeh filed a petition against him.

You may call that Dikeh filed a petition against Kpokpogri via her team of lawyers alleging he collected eight million naira from her but returning only six million.

She also alleged that they entered into the relationship with the intention to get married.

She further claimed that he took away her Toyota Hillux 2021 Model and had refused to bring it back.