SSUCOEN calls for mainstreaming of demonstration schools into Colleges of Education 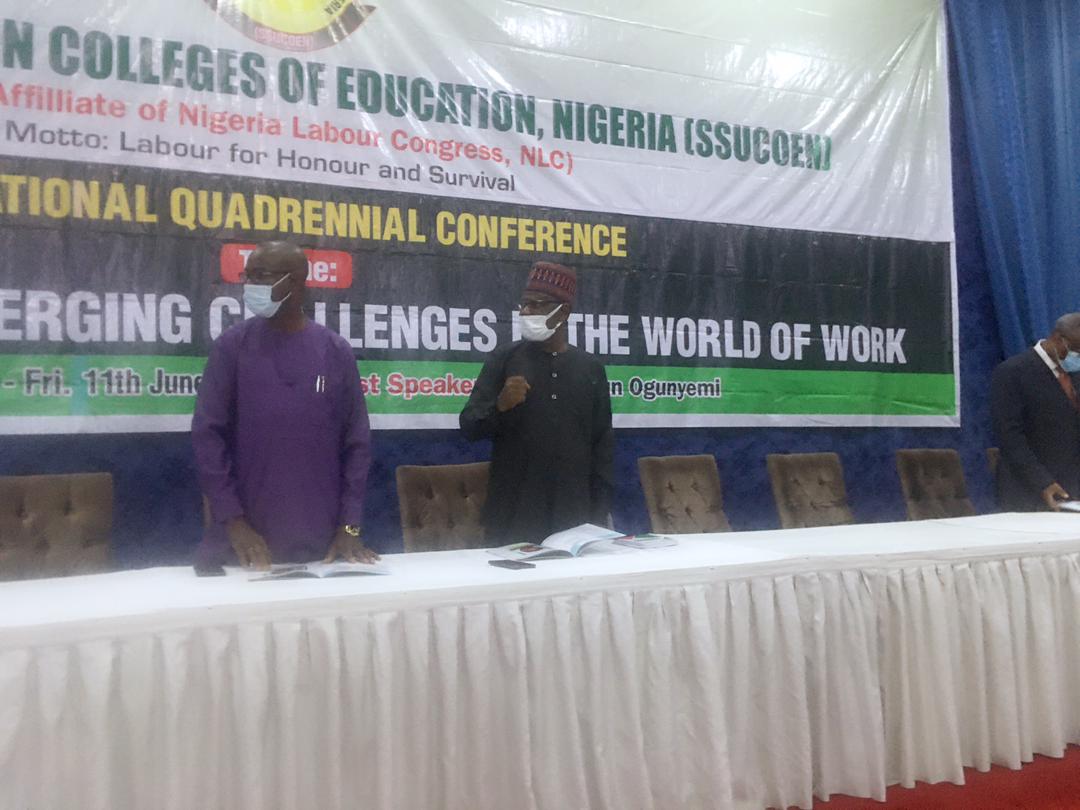 Msheliza made the call at the 3rd National Quadrennial Conference of the union in Abuja on Wednesday.

The conference has the theme: “ Trade Unions and Emerging Challenges in the World of Work”.

Demonstration schools are elementary or secondary schools operated in association with a college, or other teacher education institution and used for the training of future teachers, educational experimentation, educational research, and professional development.

According to him, demonstration schools into COEs is a requirement for the graduation of PES and ECCE.

He also called on the Federal Government to resume the stalled renegotiation of the 2010 FGN/SSUCOEN agreement, with a view to addressing most of its challenges.

“ I call on the Federal Government to without further delay and in interest of industrial harmony mainstream demonstration schools to fulfill requirements for graduation of students of PES and ECCE.

“ Government should also reverse the policy of outsourcing of security personnel and cleaners , so as to allow institutions have full control of security and cleaners to ensure safe , clean and hygiene environment in our campuses.”

On the unions achievements in the last four years, Msheliza said that the union had successfully secured approval for the implementation of CONTEDISS 15 for Administrative and Accountant Officer carders.

He listed other achievements to include secured approval for uniform package for registrars, bursars and librarians and also implementation of consolidated medical and health workers salaries, among others.

Also, the President. Nigeria Labour Congress (NLC), Ayuba Wabba called on give to always look at issues rather than looking at the workers agitating for their rights.

Wabba noted that the labour force must always be accorded respect and they translate their labour into wealth in the various aspect of the economy.

According to him, workers all around the world create the wealth in the different sector. Workers in the coin must also be accorded same respect by treating them fairly.

“ Development is not about building infrastructures but welfare and security of the people both economic and physical security which is the concept of of development.

“ Workers around the world create the wealth of the country in different sector and as such must be respected.

“ Respect for rule of law and collective bargaining must be respected by the government but those laws are being undermined by impunity.

“ One challenge is the issue of payment of workers entitlement which should be addressed. There should be fairness and justice for the workers,” he said.

Wabba therefore reiterated as part of priority of the working class to budget adequately for the institutions so that the schools can compete globally with others.

He also called for the mainstreaming of demonstration schools which are integral part of the COEs and as well training institutions.

Meanwhile, the Executive Secretary, National Commission for Colleges of Education (NCCE), Prof. Pauline Okwelle, called for the development and training of quality teachers to meet the need of the students.

Okwelle pledged to continue the review of curriculum that would suit the present need of the people, while Lao calling on the union to implement policies that would help the teaching profession.