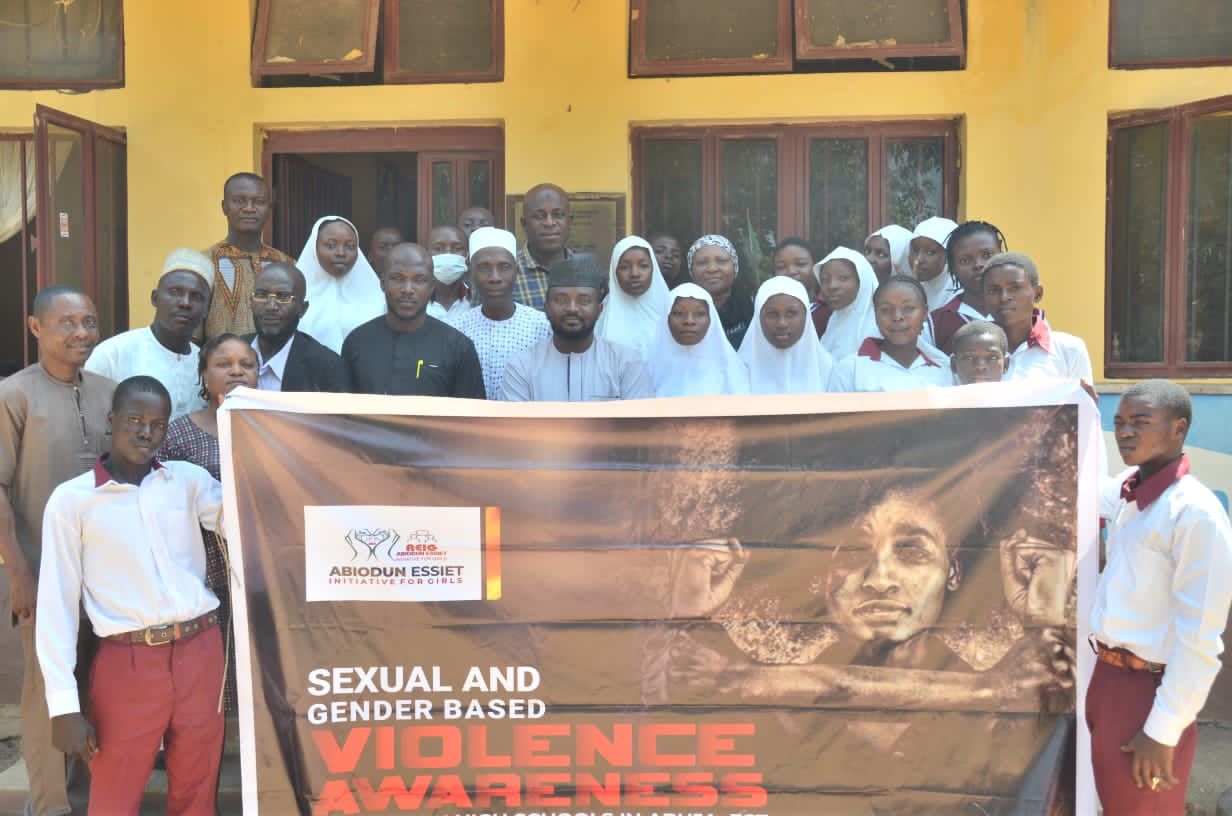 In furtherance to its reinvigorated efforts to help curb Sexual and Gender-Based Violence (SGBV), a Non-Governmental Organisation (NGO), Abiodun Essiet Initiative for Girls(AEIG), yesterday sensitised hundreds of students and teachers at the Government Secondary School (GSS) in Gawu community, in Abaji Area Council of Abuja, the Federal Capital Territory (FCT).

NAN also reports that the NGO during the visit to Gawu, drilled the participants on the various forms of SGBV and how to effectively tackle such cases emanating from the learning environment.

Speaking on the sideline of the programme, Project officer for AEIG, Josephine Emeghoghena, explained that the awareness was because of the need to address the issue of SGBV from schools, where the minds of young persons are being formed.

Emeghoghena, who represented
the Executive Director of the organisation, Mrs. Abiodun Essiet, noted that GSS Gawu is the 5th, out of the 6 schools approved by the FCT Secondary Education Board (SEB) for the NGO to cover across the six area councils, as part of AEIG’s empowerment project for the promotion of the rights FCT Original Inhabitants, powered by the MacArthur Foundation.

According to her: “This will go a long way to effectively address the issue, as we have spoken to them on the various forms of SGBV and how to seek help.

“They might not have heard it before, but them getting to hear it from us, it makes to be aware and guard against the menace.

“So, it is necessary for them to always speak up, and get proper attention and case management”.

On his part, the school Principal, Mr. John Hosea, said the sensitisation was coming at the right time, both for the teachers and students, as it would go a long way towards mitigating the menace.

The Principal while commending the NGO and SEB for selecting the school for the awareness programme, advised both students and teachers to ensure that they put into practice whatever they were taught during the programme, so as to help mitigate the menace.

Highlight of the event was the nomination and inauguration of five students as the NGO’s Anti-GBV Ambassadors in the school. (NAN)