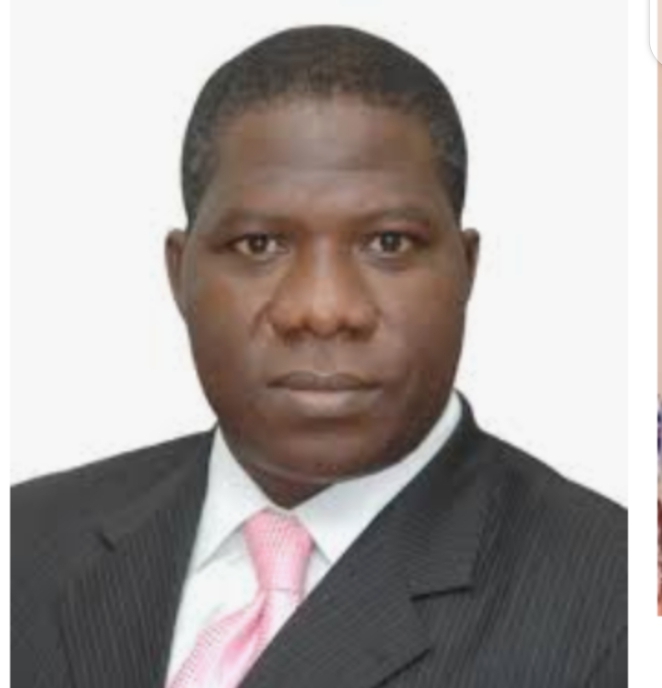 Senator Micheal Opeyemi Bamidele representing Ekiti Central Senatorial District on the platform of All Progressives Congress, APC on Saturday donated a  Toyota coaster bus for the operational use of the Oluyin-in-Council.

The council comprises of all the traditional chiefs and title holders in Iyin-Ekiti, hometown of the senator, is headed by HRM Oba Adeola Adeniyi Ajakaiye, the Oyinyosaye Uyin III.

The senator, who made the donation during the one year anniversary of the monarch on the throne said the gift was a token towards the development of his hometown.

Bamidele said the 30-seater bus would help facilitate their movements  outside the state during social and community development services.

“It is a token to support ongoing development efforts of Oluyin-in-Council and to make our hometown a place we will all be proud of.

“With the help of God and support of all Iyin-Ekiti sons and daughters around the world, we will continue to be part of the process to advance this town.

“We believe the bus will aid their movements especially in terms of social and community services for the good of Iyin-Ekiti,” he said.

Oba Ajakaiye who received the bus on behalf of the council expressed gratitude to the lawmaker for what he described as his thoughtfulness.

He described Bamidele as a proud son of Iyin-Ekiti, who always puts the community first in all his dealings..

He assured that Oluyin-in-Council under his leadership would make judicious use of bus to advance the progress of the community.

*We want to appreciate our son for this gesture and the ones he’s done in the past. This is quite thoughtful of him as it will further support our community development agenda.

“We pray that God will continue to sustain him and furnish him with the wisdom required to administer his current position,” the monarch said.

Meanwhile, the President of the Senate, Dr Ahmed Lawan, has described Iyin-Ekiti as lucky to have a worthy son like Senator Bamidele.

Lawan disclosed this on Saturday when he was conferred with the traditional title of “Aare Akorewolu of Iyin-Ekiti”.

Lawan who was accompanied by over twenty senators to receive the title, said Bamidele  is a good ambassador of Iyin-Ekiti, Ekiti State, Yoruba and Nigeria at large.

He attributed the recent passage of a bill by the senate to establish a medical sciences university in Iyin-Ekiti, to the efforts of Bamidele and the good relationship he enjoys among his colleagues.

He assured the people of the town that he would do the needful to ensure that the passed bill receives timely assent of President Muhammadu Buhari.

“Iyin-Ekiti community which I can now describe as my second home is lucky to have Senator Opeyemi Bamidele as a son. He is well respected among his colleagues, he is modest, honest and a servant leader.

“The recent recent passage of the bill by the senate  to establish a medical sciences university in this community was made possible by your son and the kind of relationship he enjoys among his colleagues.

“I want to use this opportunity to thank Iyin-Ekiti people  for this title and I promise to ensure its development in every capacity I find myself,” he said.

Recall that other dignitaries who received traditional title at the event include Brig -Gen. Johnson Bamidele (rtd) Olawumi, former Director–General of NYSC,, who was accompanied to the event by the Chirf of Army Staff, Gen. Farouk Yahaya.