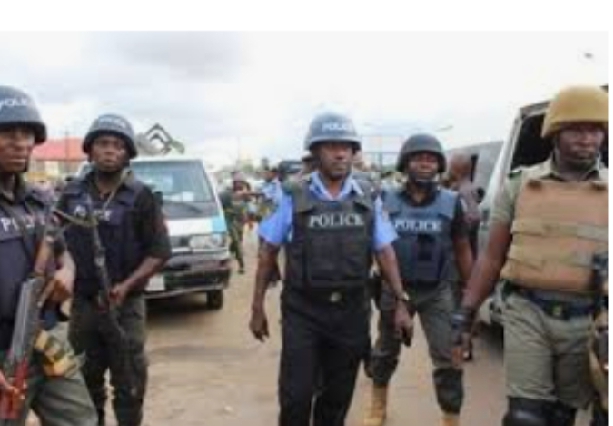 Combined security operatives on Friday embarked on a show of force in some riverine communities of Ondo State during which they destroyed a suspected criminal camp at Asere in Ese-Odo Local Government Area.

According to reports the operatives comprising of the Nigerian Army, Navy, Police and other security agencies destroyed the camp during a patrol tagged “Operation Show Force’’.

They also recovered arms and ammunition from the camp before setting it ablaze.

Brig.-Gen. Zakari Logun-Abubakar, the Commander, 32 Artillery Brigade, Akure, told newsmen shortly after the exercise that it was aimed at ensuring peaceful conduct of the Oct. 10 governorship election in the state.

Logun-Abubakar said that the operation was also to showcase the determination of the Nigerian Army, Navy, Police and other security agencies to tackle acts of violence especially in the riverine communities.

He assured the residents of the state that security would be beefed up before, during and after the election.

“Operation `Show Force’ is to show our determination that we are battle ready to ensure peaceful conduct of the forthcoming election in the state.

“We are also to show the hoodlums that they cannot hijack the electoral process that is why one of their camps is destroyed among many others that we will destroy if more camps are raised by the criminals.

“That is a message sent to them that we are watching them and it will not be business as usual for hoodlums who snatch ballot boxes and kidnap INEC staffs. We warn them in their own interest to shun violence,’’ Logun-Abubakar said.

Also, Navy Capt. Shuaibu Muhammed-Ahmed, the Commanding Officer, Forward Operating Base (FOB), Igbokoda, assured residents in the riverine communities of their safety before, during and after the elections.

Muhammed-Ahmed urged the electorate not to panic but come out to perform their civic responsibilities.

“Voters should not be afraid of coming out to cast their votes because we will be on ground and waterways to secure the environment for them as adequate security will be provided.

“Our personnel have been briefed, they know what to do at every point in time and anything short of that will not be accepted,’’ Mohammed-Ahmed said.

May 22, 2022 admin
Defense and Security Features