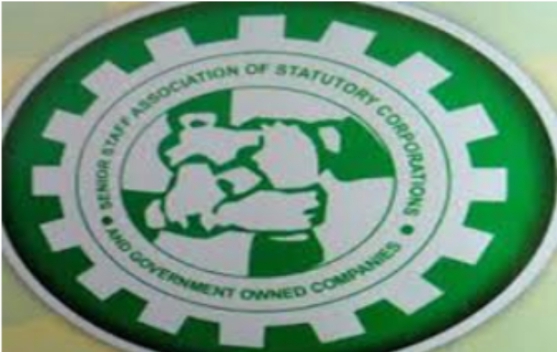 The Senior Staff Association of Statutory Corporations and Government Owned Companies (SSASCGOC) has called on the Nigeria Labour Congress (NLC) to respect the  judgement of the National Industrial Court (NIC) on unionism.

Dr Ayo Olorunfemi, the Secretary General of the association made this call at a news conference at the Corporate Affairs Commission (CAC) Headquarters, on Tuesday in Abuja.

The SSASCGOC leader said the association was notified of NLC’s intention to hold a conference with all staff of the commission on Wednesday.   Olorunfemi explained that the attention of the association had been drawn to the plans by the NLC to disobey the judgement by NIC.

“In line with the Trade Union Act which recognises the TUC as the centre for senior staff. The court also granted a perpetual injunction against AUPCTRE from unionising any senior staff of Statutory Corporation in Nigeria.

“Specific reference was made by the judgement to the Corporate Affairs Commission. SSASCGOC has effectively taken over the industrial relations matters as it affects senior staff in line with the NIC judgement,’’ Olorunfemi said.

The secretary general further stressed that the provision of the Trade Union Acts 2004 and 2005 clearly placed the jurisdiction of ACPCTRE as a `Junior Staff’’ union.

He cited page 11 of the judgement which placed perpetual injunction against AUPCTRE from unionising senior staff of any statutory corporation of which CAC was one.

Olorunfemi also called for a forensic audit of the 2012 Housing Scheme which was organised by AUPCTRE where staff who paid full payments for houses were yet to get any allocations.

He added  that the fight against corruption which was a major policy of the government should be supported by NLC, its affiliates and every Nigerian.

He said the TUC and NLC would continue to work together  to fulfil the aspirations and yearnings of Nigerian workers  but on the matter of unionism of senior staff, the position of the law is clear and should be recognised.

The association leader, therefore, urged the NLC not to take any position contrary to the judgement of the NIC at the CAC headquarters that would be detrimental to the harmonious working atmosphere in the organisation.

On his part, Mr Suleiman Gira, President, SSASCGOC, CAC Chapter, said the association would always look out for the welfare of the senior staff of the organisation via dialogue with the management.

He noted that the association would not involve itself in anything that would jeopardise the advancement of the commission, adding that peace and tranquillity is required for industrial harmony.

Gira urged the NLC to only focus its attention on the junior staff strength in the commission which according to him are just 50 and leave SSASCGOC to manage the affairs of the senior officials.