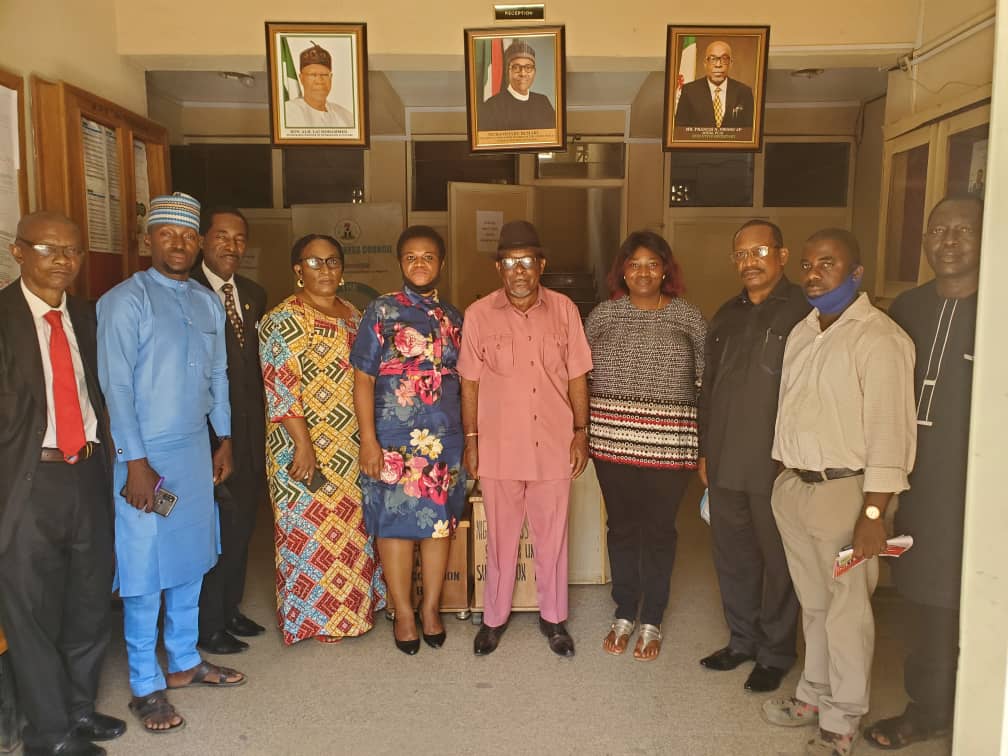 The Nigerian Press Council (NPC) has urged Nigeria Union of Journalists (NUJ) and Nigerian Guild of Editors to rise to the challenges of future of journalism in the country.

The Executive Secretary of NPC, Mr Francis Nwosu, made the call when  officials of NUJ, News Agency of Nigeria (NAN) Abuja Chapel,  paid him a courtesy visit on Thursday in Abuja.

According to him, rumours has taken over media space in the industry to the point that people use the social media to spread rumours and lies against government, organisations and personalities.

“Also, publishers are now after money, they don’t bother about the Code of Ethics guiding the profession. Rumours has taken over everything; Newspapers don’t sell up to 50,000 copies per day.

“So there is need for NUJ and Guild of Editors to rise to the challenge for the future of journalism in the country and they can only do that by falling in line with NPC and the Code of Ethics.

“I am saying this with a heavy feeling. Many owners of media houses find it difficult to differentiate between journalism and journalism business. They don’t care if journalists’ salaries are paid or not,” Nwosu said.

On regulation, the NPC boss said it was regrettable that owners of media houses were not interested in the idea of regulation.

He added that lack of regulation was dangerous to the development and progress of the profession.

Nwosu explained that the essence of regulation was to put the profession on the right track like Health, Law, Building, Tourism, Transport and others.

He said that when journalists and media houses were registered to a regulatory body, the profession would be seen and respected as such.

“But when there is no regulation, it is no longer a profession but a vocation. Regulation is not to gag the press, it is to ensure adherence to the code of ethics and enhance professionalism.

“There is need to remove quackery and unwanted persons, unacceptable activities that damage the name of the profession.

“You heard of the insults by Sheikh Abubakar Gumi against journalists. It was absolutely unfortunate, but I stand to condemn the statement.

“The cleric should withdraw that statement and give Nigerian journalists the honour they deserved,” Nwosu said.

Similarly, the Director of Research and Documentation in NPC, Mrs Stella Jibril, said training of journalists was very necessary to enhance professionalism in the sector.

Jibril said the council was committed to the training of journalists across the country to ensure that the Code of Ethics in the profession were being upheld.

Mr Collins Yakubu-Hammer, the Acting Chairman of NUJ, NAN Chapel Abuja, congratulated Nwosu on his appointment as the Executive Secretary of the council.

Yakubu-Hammer pleaded with the council to provide training for his members, adding that it will go a long way to enhancing  professionalism in the sector.

Mrs Perpetua Onuegbu, the Auditor of the union, commended Nwosu, who served and retired meritously from NAN, noting that bringing his wealth of experience from NAN to the council will enhance professionalism in the sector.

NAN reports that Mr Aderogba George and the Secretary of the union, Mrs Bukola Adewumi, and other management staff of NPC graced the occasion. (NAN)