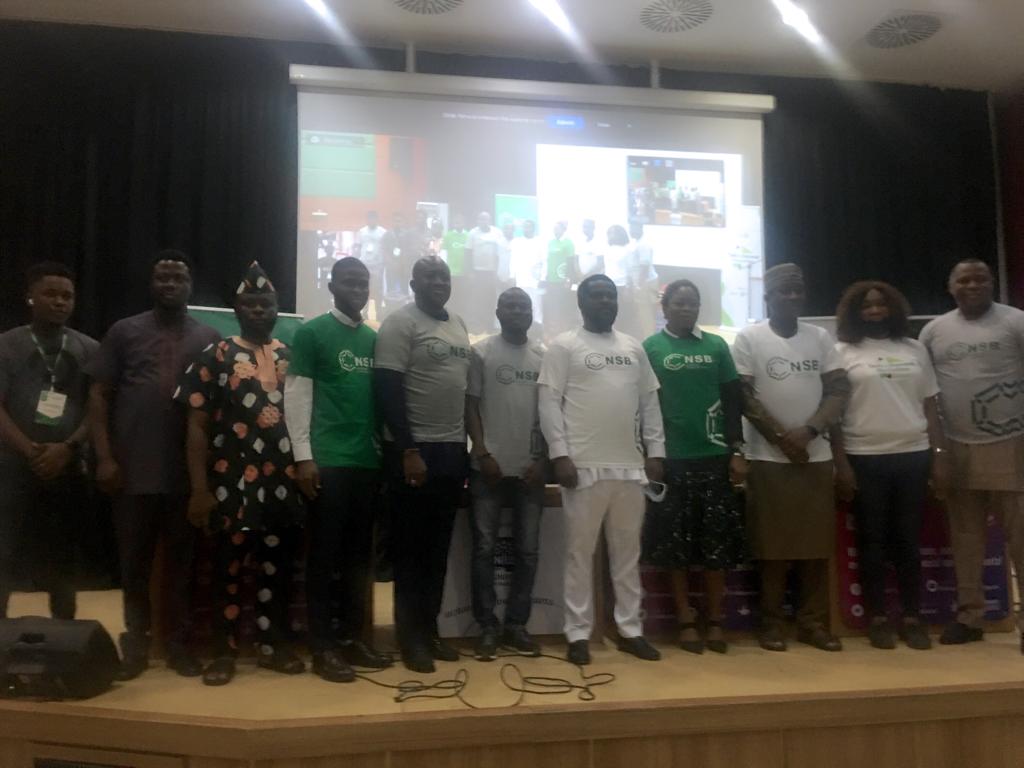 Mr Oswald Guobadia, the Senior Special Assistant to the President on Digital Transformation, has charged the Nigeria Association of Computing Students (NACOS) to drive the Nigeria Start-up Bill (NSB) to the states.

Guobadia made this known in Abuja on Wednesday at the 2021 NACOS summit in partnership with the Financial Services Innovators (FSI) with the theme “TechonDemand Hackathon’ competition”.

According to him the bill, which had been on for a while, is particularly aimed to aid and accelerate the digital economy in the country.

“The bill is to aid digital economy which is driven by technological ideas and is tech-enabled.

“So the bill is a set of rules and incentives to help create an enabling environment for tech-enable businesses, which ultimately have impact on the economy.

“The bill sets as guidelines in place to help facilitate funding through a number of different ways. So it’s not just loans because it is different from incentives.

“Already funds are available for start-ups and small businesses but the bill helps to give it a pathway for you to access,” he said.

Guobadia said the bill had been receiving attention and hoped that it would be passed it this year.

He, therefore, looked forward to the students  contributions to drive new innovations to advance the country’s progress.

“The Nigeria Startup Bill (NSB) is one among a series of key initiatives the Presidency is using to build a more sustainable ecosystem for young people in Nigeria to thrive and scale.

“The bill will ensure that there’s regulatory certainty,required infrastructure and improved access to capital to support the growth of startups and capacity building.”

Aituaz Kola-Oladejo, Executive Director, Financial Services Innovators (FSI) called for collaborative efforts between partners and the government to ensure the bill was passed into law.

Kola-Oladejo also called for support from corporate sectors in changing the digital narratives by ensuring that people began to focus on technology.

She said that there was need for students to be digitally included which gave rise to extending their work to students of tertiary institutions.

“The event is to create a culture of innovation which will reduce the level of unemployment in Nigeria for young people interested in building a career in technology.

“It will also help students interested in entrepreneurs to network, innovate and will help them to commercialise their innovation to discover talent in the digital ecosystem, especially from tertiary institutions.

“We also give them access to a network of mentors. This is because we want Nigeria to start exporting technology to other parts of the country.

“So what we are doing is to drive inclusiveness to get students to be digitally included,” she said.

In the same vein, Mr Olamilekan Abolade, the National President, NACOS commended stakeholders, who contributed in ensuring that the bill saw the light of the day.

Abolade also thanked the FSI its efforts in helping to bring out talent in the students.

Mr Mohammed Jega, the Founder, Start-up Arewa called on the students to take advantage of the process, while urging them to be under an umbrella body to showcase their innovations.

The News Agency of Nigeria (NAN) reports that the winner of the competition will go home with a sum of N1 million, while the second position would go home with N500, 000.