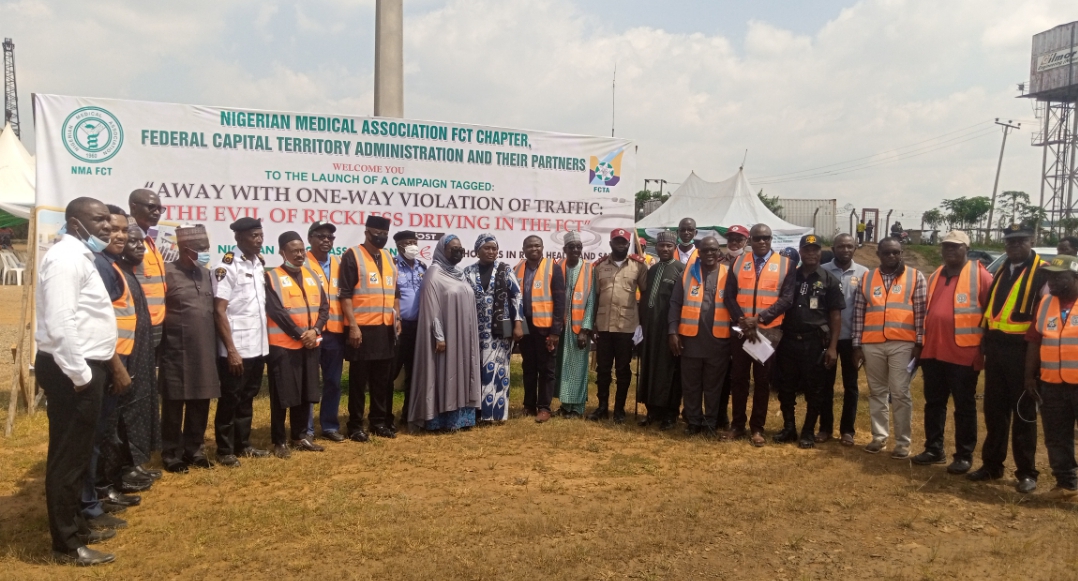 The Planned Parenthood Federation of Nigeria (PPFN) has called on all road users in the country to be conscious and discipline on the road to minimise road traffic accidents.

Dr Okai Haruna Aku, the Acting Executive Director of PPFN made the call on Thursday in Abuja, during his goodwill remark at the inauguration of a campaign tagged: “Away with One-Way Violation of Traffic: The Evil of Reckless Driving in FCT”.

The event was organised by the Nigerian Medical Association (NMA), FCT chapter.

Aku said that road traffic accident should be a concern to everyone, not just a particular sector.

“No one is prepared for accident but it can happen any time. All hands have to be on deck to minimise road crashes in the country.

“There are factors responsible for road crashes; the vehicle, the infrastructure and the human factor, which is the major cause of accident.

“There is need for a strategic disciplinary action to see that  the road users are discipline to know how to use vehicle, the roads and be conscious of other road users.

“I call on everybody to be concern. It is teamwork to minimise road traffic accident, not only in Federal Capital Territory (FCT) but also all over the country and the world at large,” Aku said.

Similarly, Dr Enema Amodu, the Chairman of Nigerian Medical Association, FCT chapter said that roads in the federal capital were wide and smooth that people drove recklessly on them.

“They forget that they are on the road not on a race track, and the way Abuja roads are, if you miss your way, you will have to go a long way and turn to come back on the right track.

“And most people like short cut in everything they do. Even the security officials are the ones in the lead of violating the traffic rules.

“The only way to make it right is this campaign we are doing. We lost Dr Ibrahim Ibrahim, the former Executive Director of PPFN to road crash. A reckless driver following one-way crashed into Ibrahim’s car and killed him.

“It made everyone to sit up, even though we use to collaborate with FRSC on safety on high ways, but his death made us to take it to a higher level,” Amodu said.

ACP Chike Nwabuwa of the Operations Department of FCT Police Command attributed alcoholism, substance abuse, ego, lack of coordination on the part of passengers and drivers as responsible for road crashes.

Nwabuwa called on passengers to always prepare ahead of time and be coordinated in the motor parks and stop disturbing drivers to hasten up.

The News Agency of Nigeria (NAN) reports that the event attracted officials of FCTA and other relevant stakeholders. (NAN)