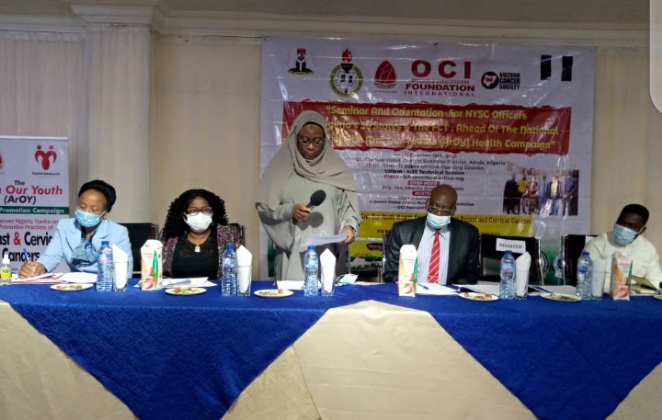 Prof Chris Ifediora, the Founder and President of OCI Foundation says, the Foundation was set to partner with NYSC, First Ladies Against Cancer (FLAC) and others, to create awareness on Breast and Cervical Cancer so as to reduce its prevalence in the country.

Ifediora stated this in his speech at a seminar and orientation of NYSC staff and other stakeholders  from across the country on Tuesday, in Abuja.

He said the aim of the seminar was to prepare for the inauguration of the Arm Our Youth (ArOY) health campaign.

“The campaign is a health initiative of the OCI Foundation, which seeks to introduce anti-breast and anti-cervical teachings into the regular activities of the NYSC Camps across Nigeria.

“It also aims to include the preventive teachings into the academic curriculum of all Senior Secondary Schools in the 36 States of the federation, including FCT, before the end of 2025.

“When fully implemented, ArOY health campaign will offer a novel option that will complement existing anti-cancer measures for tackling both breast and cervical cancers.

“And this will significantly contribute to the global eradication of cervical cancer. It is aligned with a number of items in the SDGs. It is a campaign that we should all support.

“This campaign is designed to be wide-reaching, sustainable and cost effective, that even in the absence of the OCI which we do not envisage, the programme with the NYSC and other partners will continue for generations,” Ofediora said.

Also speaking, the Director-General of NYSC, Brig.-Gen. Shuaibu Ibrahim, said what the OCI tabled before it synchronised well with the philosophy of the Scheme, whose activities were anchored on the public good.

“So, the NYSC bought into the vision of the organisation wholesale, to join hands to create general awareness on the scourge of breast and cervical cancers and also create awareness on the preventive measures and curative paths.

“So, it is a whole lot and we believe we can make our society and the country better. We can make the larger segment of the population, which are youths and women and also the men, to be healthier and aware of what to do.

“This programme will succeed because NYSC has presence in the 774 Local Government areas in the country, except for few, where there are security challenges. NYSC has a communication network and quality central command,” Ibrahim said.

The NYSC boss gave the assurance that the campaign would go into all the nooks and crannies of the country. 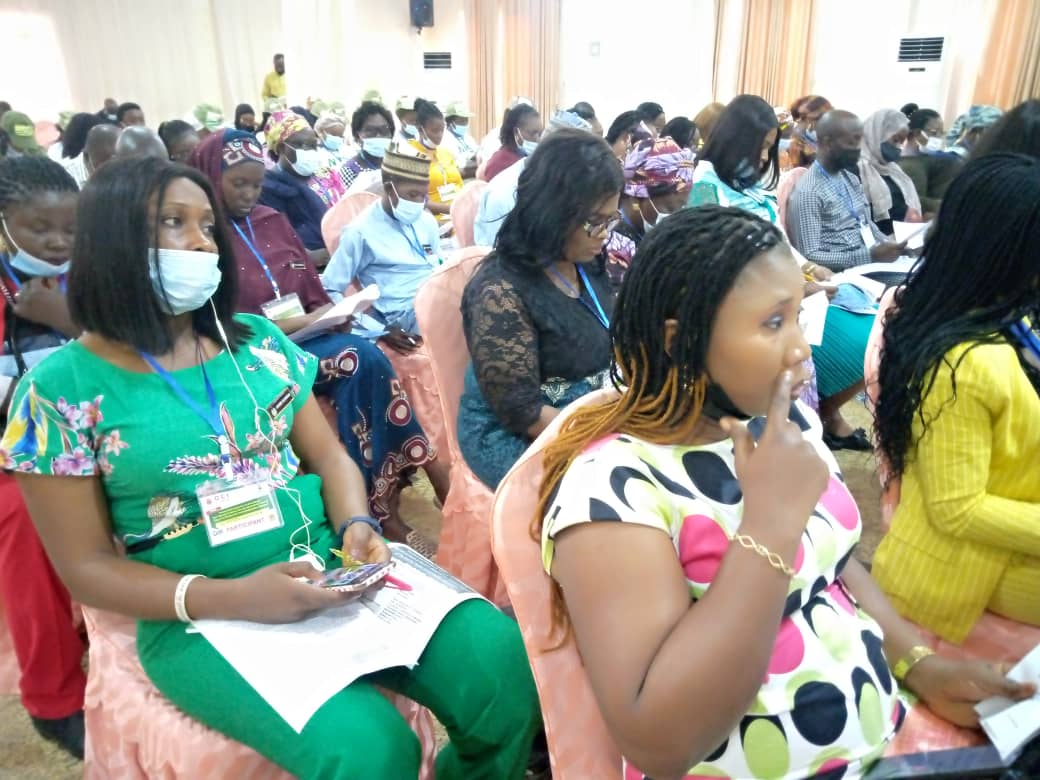 The News Agency of Nigeria (NAN) reports that Ibrahim was represented at the event by Mr Hillary Lassan, the Director, Skill Acquisition and Entrepreneurship  Development Department of the scheme in Abuja.

Mr Femi Adesina, Special Adviser on Media and Publicity to President Muhammadu Buhari, also said that when an individual has wealth and fame, but without good health, such a person had lost everything.

“Arm Our Youth (ArOY) campaign is very germane in the sense that women and youths constantuted the larger part of the Nigerian population.

Speaking in the same vein, the First Lady of Niger, Mrs Amina Abubakar Bello, said that involving the NYSC in the campaign would go a long way to reach every part of the country.

“So, it is significant that with this collaboration, the whole of Nigeria would have the correct information of what cervical cancer is, how it can be detected and prevented”.

“It is a laudable project and I wish the organisers success in this endeavour,” Bello said.

Meanwhile, Mr Garba Abari, the Director-General of the National Orientation Agency (NOA), said the issue of cancer in local communities was shrouded in cultural and traditional beliefs.

“We in the NOA are trying as much as possible to work with traditional, community, and religious leaders to get together and develop a messaging strategy that will resonate with the culture of the people.

“This will help to fight cervical and beast cancer in a more acceptable way that the locals and communities would accept and benefit from,” Abari said.

Dr Adamu Umar, President of the Nigerian Cancer Society, said the Federal Government should provide a universal health coverage for all Nigerians and provide health insurance service to cancer patients, who may not be able to afford treatment.

NAN reports that the programme attracted officials from the Federal Ministries of Education, Women Affairs, the Presidency, NYSC, the First Lady of Ondo State and other stakeholders. (NAN)